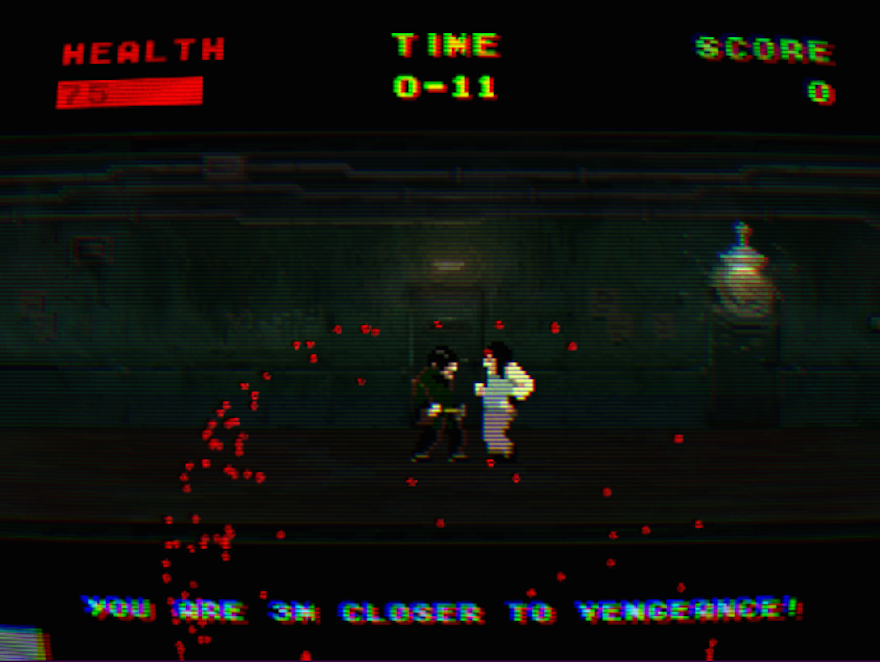 The hallway fight scene in Oldboy is the stuff of legend. Park Chan-wook’s 2003 revenge opus featured a lot of memorable moments, but for me at least the real sticking point isn’t the holy-shit-no twist ending but the three-minute fight scene in the middle of the movie, in which Homerically beleaguered protagonist Oh Dae-Su introduces a hammer to the body parts of a whole gang of thugs. What’s noteworthy isn’t the violence but the manner in which Park Chan-wook filmed it: as a single take, with a writhing sort of kinetic energy in the performances that evokes a good Shaw brothers fight. You can watch the whole movie, if you haven’t, here, but the relevant fight scene is below.

PERFECT, RIGHT. It’s visual poetry, but it’s also a classic of Bad Ass Cinema: Oh Dae-Su essentially gets killed at the beginning of the fight, then surges back to life to kill everyone and everything with a knife in his back.

All of which—particularly the combination of aesthetic beauty and violence—draw analogs to the world of videogames, so it’s no surprise that the scene has now been de-made into an NES-style side-scroller by DavidDraws. You can play it here. It was produced as part of the Leamington Underground Cinema Festival, which held a side-contest for videogame adaptations.

To be fair, Hammered does not exactly recreate the glory of the filmic version, but it also doesn’t exactly try to (DavidDraws notes “with apologies to Park Chan-Wook” on the game’s charming title screen). The filmed version is about bodies in motion as much as it is about bodies being hurt; the game is all stop, slam, and inch forward, jerky in every way. But it does one-up Spike Lee, who remade the scene with more cuts and jazzy camera moves, by paying homage to the essential videogame-ness of the original. The camera moves silently, impassively along with the action.

In some ways, all videogames capture this one-shot glory, showing a single actor performing incredible feats without breaks. Park Chan-wook’s camera, like DavidDraws’ and that of many videogames, remains detached, functional only, scanning lightly across the field in an attempt only to bear witness to the action. We agonize, then, in relation to the characters’ trials. Oldboy was all about this agony, and Hammered, in its way, evokes that.