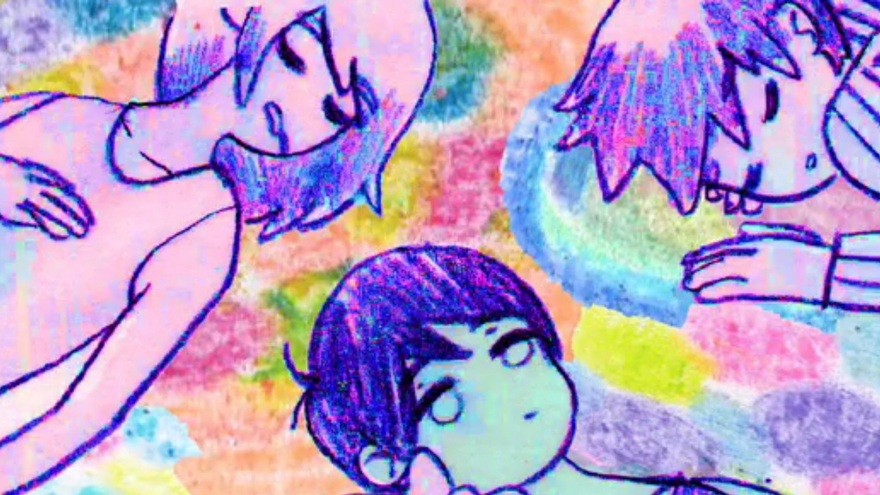 You’d be forgiven for thinking horror games have lost their edge lately. The current torchbearer is Amnesia: start with a weird fiction pedigree, keep the player on her toes with careful formal elements, and pop in a horrific slavering hellspawn when all else fails.

Games like Slender and its YouTube-ready ilk have nixed the first two, leaving a spare, often-generic level design that disperses jump scares with unflinching repetition. Lord knows how many Slender-likes populate Steam Greenlight and Kickstarter, but it’s a formula that sells.

One thing you cannot accuse the freshly Kickstarted OMORI of is exploiting a formula—unless you somehow count “lysergic surrealist RPG” as a formula, in which case let’s make more of those.

The game comes out of a blog run by artist OMOCAT; a blog which follows bona-fide hikikomori Omori (wait a minute…) as he talks to himself and his cat, listens to The Smiths, and occasionally points a knife at the bridge of his nose.

Not your typical protagonist, even for a self-released RPG Maker game, but OMOCAT says she’s “always envisioned OMORI as a game,” and it seems to have blossomed into something quite interesting.

The point of reference seems to be Yume Nikki, both for the phantasmagoric day-glo aesthetic and for the willfully obscure narrative, which traps Omori in “white space” like an abstract take on Silent Hill 4. But between the warped battle system – like your usual Active Time Battle, except instead of casting Fira or Dispel, you tell your character to “Calm Down” in the face of what appears to be a hybrid shark-plane – and the promised loads of NPCs, dungeons, and quests, plus the eerily sweet soundtrack, the game has earned enough goodwill to muscle past its $22,000 goal in less than two days.

With 43 left to go, we’ll see just what OMOCAT has planned for Omori– hopefully he’s not too shy to attend his coming-out party.