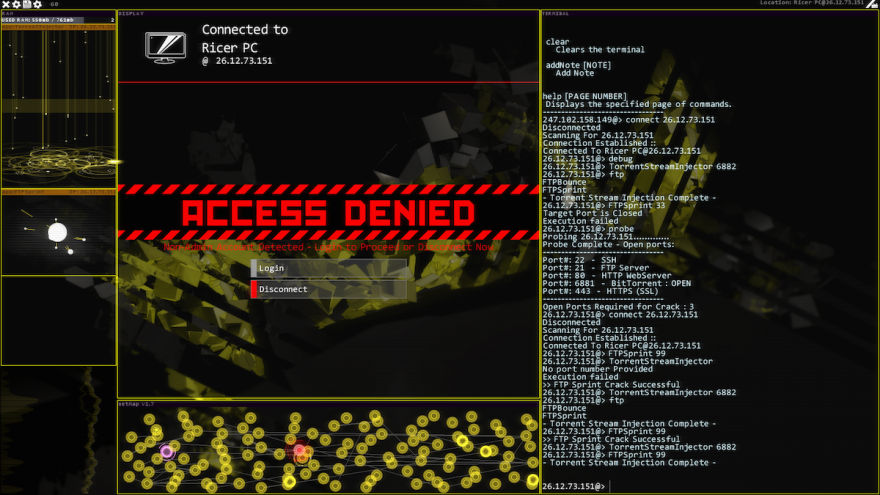 The videogame and hacking simulator Hacknet has been praised over and over again for its dedication to realism since it arrived last year. The whole game is viewed through an interface, and the player’s tasks are all as close to actual hacking as possible, using real unix commands. It’s not a game that’s interested in babying you, but that’s all the more appropriate for the subject matter. In the original game, you were tasked posthumously by another hacker to look into his own death, piecing the plot together through careful investigation and lines of code. Now, Hacknet is getting even more mystery with the expansion Hacknet Labyrinths.

it’s not a game that’s interested in babying you

Labyrinths is another chapter in Hacknet’s original story, but it’ll introduce new tools and programs to use within the new missions, which will be more complex than the vanilla. You’ll join a team of hackers and pull off dangerous data heists; an IRC style chat client will be used to communicate within the team, which will help on missions that may require cooperation and patience as opposed to brute force. 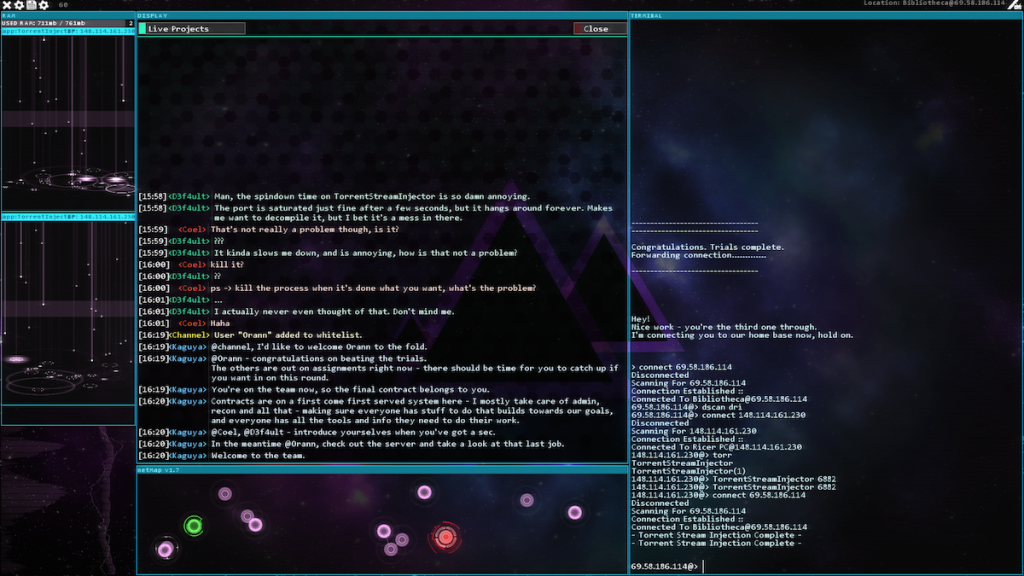 Since Labyrinths fits in with Hacknet’s main plot, it will tie into your original tasks with more than just the new content. Hints of Labyrinths’s story can be found in the main game, which serve to further connect the additional missions to the overall plot. There’s a whole new network to explore, and mysteries behind the inscrutable group that recruited you and your team to solve, but the game at its heart won’t stray far from the established formula, promising a lot more good ol’ hacking.

The new content will be 3-4 hours of brand new digital hijinks, to be released sometime at the end of 2016 for Windows, Mac, and Linux. If you were looking for the opportune moment to take up hacking, now’s your chance.

You can buy Hacknet on Steam here.