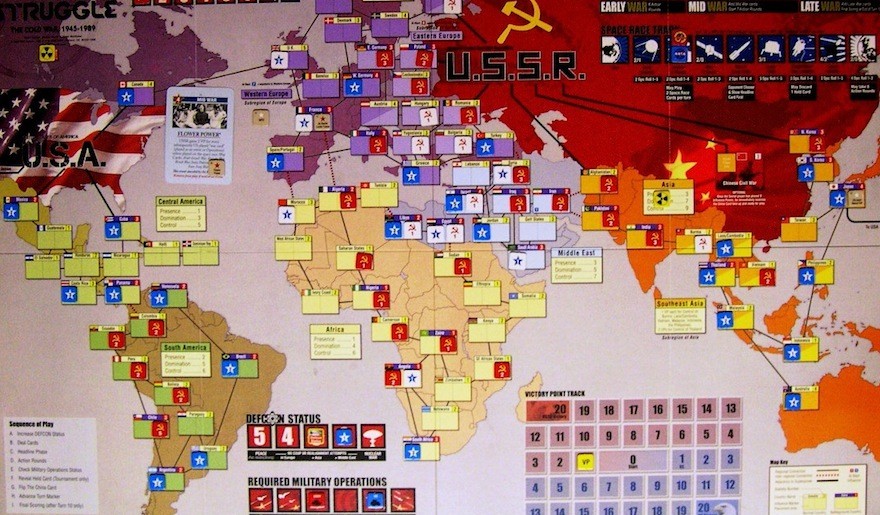 Wrangling and cajoling a group of friends to your small apartment’s kitchen will no longer be an impediment to playing Twilight Struggle, because the digital edition of that great Cold War card and dice game is already fully funded on Kickstarter. I know it’s a can of worms to say anything is the “best,” but there are many boardgamers of that mind about this one, as we can witness in the fact that it easily raised over 100 grand in, oh, a day.

I gather what people love about Twilight Struggle is the accessible but deep system of play, but also the prospect of playing through a half decade of political espionage between the Soviet Union and the US—including the Arab-Israeli conflict, Vietnam, and the Cuban Missile Crisis—at about 4 years per turn. The digital version is being handled by Playdek, who always does a bang-up job, and is due out on computers, mobiles, tablets, and PS4.