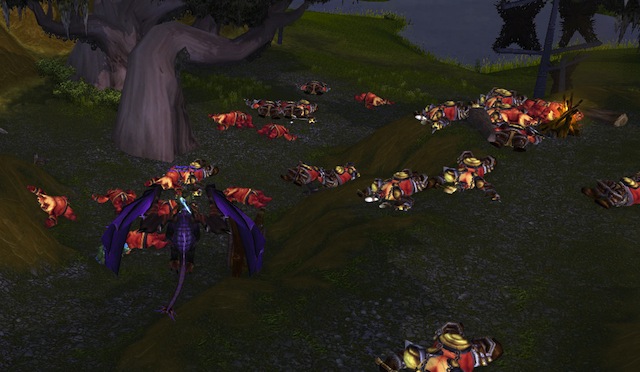 We we’re catching up on our magazine backlog over the holiday, and came across this amazing story in the New Yorker from a few weeks back. The yearly technology issue had a profile on Eliot Higgins, a tenacious blogger who used his internet savvy to prove that Syria had indeed used chemical weapons. From the comfy of his home in Leicester, he scoured the internet for footage of the offense, turning up mountains of evidence of war crimes.

This is where the story becomes relevant to a site with an eye on videogames like Kill Screen. It turns out that Higgins was a big World of Warcraft player, consuming the game in six-hour chunks after work. Eventually, this energy was converted into much chatter and debate on the Something Awful forum. From there, he became invested in the topic of war crimes. When the civil war in Syria began, he blogged the atrocities with the devoutness of a World of Warcraft player, which as we know, is intense.

Higgins is the latest among those who are deep into MMOs who have a high profile on the international war front. You will recall that Sean Smith—the American diplomat killed in the attack on the consulate in Libya—was a high-ranking Eve player. What’s particularly impressive about Higgins, though, is how the intensity and commitment that he honed playing Warcraft transferred directly to making war criminals pay. Perhaps these games have more positive impact than was thought!

So, Warcraft players, this is a request from me to you: after you’re done raiding, please save the world A.S.A.P.