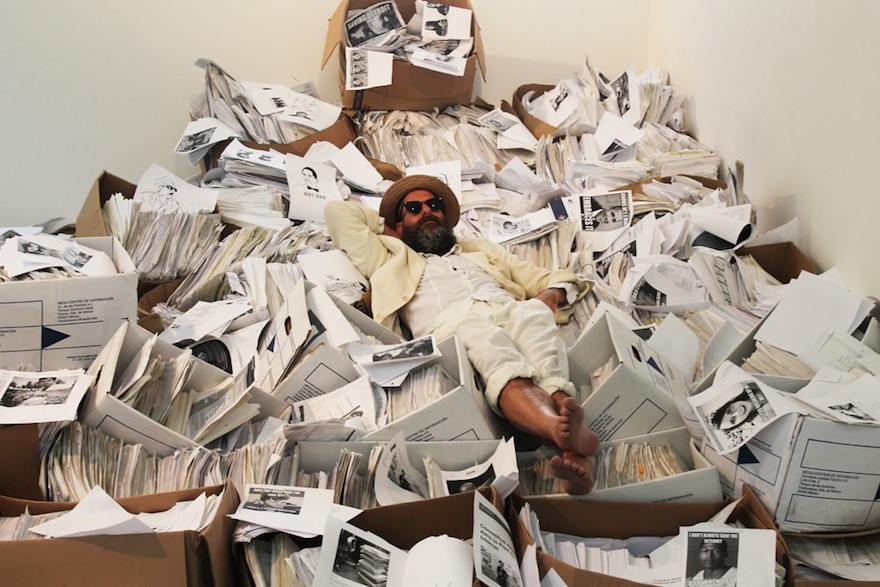 The poet Kenneth Goldsmith is in the midst of an absurd endeavor to print out the Internet. All of it. This naturally irked the Internet who formed a petition called “Please don’t print the internet,” as if his very subject was an unwilling participant in his art. He obstinately refused to stop, as you can see in the picture above, found on his Tumblr, captioned with “We printed the fucking internet.”

There is no way one man could print out the entirety of the Internet, of course. That’s why his project is crowd-sourced, with participants mailing in more than ten tons of paper. But when you think about it, there’s like zero possibility that even a million people could print out the whole Net, with every frame of video footage needing to be captured, and every new comment left in a text field needing to be sought ought.

As for what any of this means, you could probably think up all kinds of artistic bologna, but one of its statements is very lucid. Goldsmith says the project is in part a tribute to Aaron Swartz, the hackivist and tragic hero of free information.

Read more about it here.