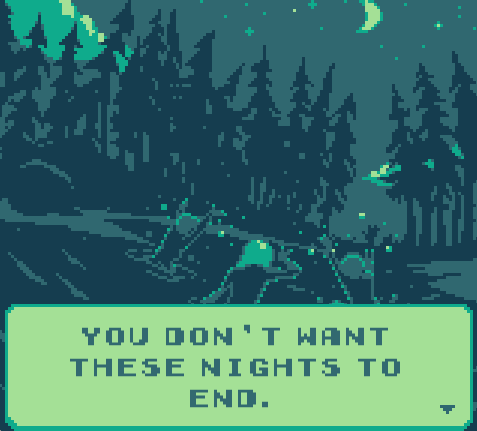 The annual “song of the summer” competition is bullshit. Like summer movie season, which has taken over much of the calendar year over the course of Marvel’s latest phase, the song of the summer is a temporally inaccurate designation. But even if the song of the summer only made its presence felt during three months of the year, it would still be a bad idea. When you’re young, summer is its own world, encompassing a variety of distinct moods. There’s the exhilarating sense of freedom of early summer days, which give way to the boring doldrums of mid-summer, and finally the creeping fear that you should have done more while you had the chance. All of these feelings deserve their own songs, which is why songs of the summer always fall short. This pop music trope doesn’t allow for sufficient specificity.

One More Night is a lyrical ode to a particular summer experience: the period of quiet—and sometimes melancholic—reflection on the season that is about to come to an end. Created for the fourth Game Boy Jam, it follows three friends as they go on their annual beach retreat before returning to school. Seeing as this is their last year before graduating, the occasion comes with an added sense of urgency. Instead of reflecting on the preceding months and the school year to come, the threesome find themselves reflecting on all the summer’s they’ve had and an end of an era. The fear that they will never get a chance to make up for this summer’s shortcomings gives their story an added layer of poignancy.

There are few choices to be made in One More Night, which makes sense insofar as the game is about making peace with the choices characters did and did not make over the summer. Much of the gameplay comes down to reading conversations between the characters. Nothing shocking is revealed because all of these conversations refer to things that were said in the years before One More Night starts. There are a couple choices—do you want to talk about boys? drink wine? (yes and yes, duh)—but they don’t meaningfully change the course of the game. This is a game about nothing, but not in the Seinfeldian sense of the term—quite the opposite in fact. The characters in One More Night are using this relative nothingness to reflect on their life choices.

Nothingness is a chance to reflect on life choices.

In its own way, One More Night is what one might want from a song of—and about—the summer. It is scored by mellow synths that are reminiscent of early-career Styrofoam. At times, the text representing laughter merges with bleeps and bloops that float somewhere between being sound effects and background music. This, along with the blue-green color scheme, gives One More Night the sort of coherence that summer anthems normally lack. You will never get this sort of emotional experience on top-40 radio, but the world would be a marginally better place if you could.