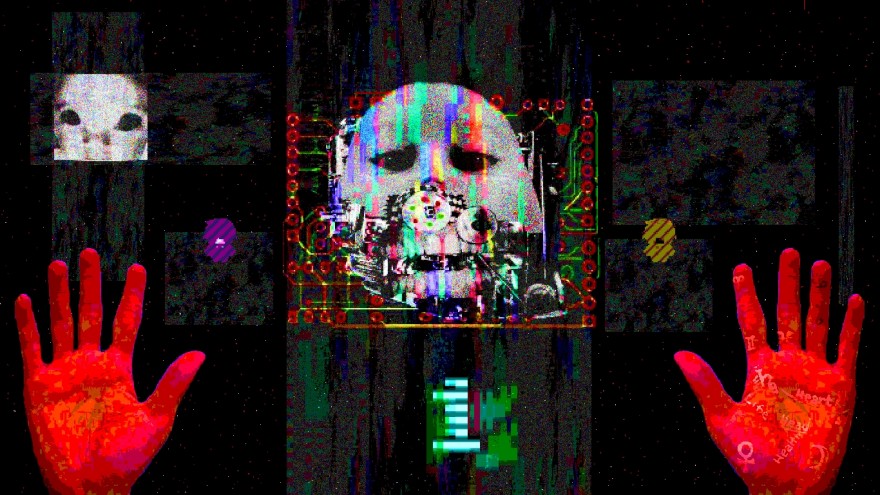 The Sluggish Morss series makes no concessions. An eclectic trilogy that started out life in 2013, it has become a favorite among Let’s Players on YouTube attempting to attract an audience by participating in the collective “WTF?!” that surrounds the games’ existence. It’s practically the videogame equivalent of a freak show at this point.

one of the “most wtf game[s] ever made.”

To look at it, you can easily see why, with its amalgam of organic-feeling visual styles: claymation, motion video, Flash-like animations, and collage. It’s patchwork. Yet, it’s not as disparate and inconsistent a collection of works as it may appear. Each game in the series is, after all, seemingly about space travel, the future of humankind, and peculiar alien beings known as Super Babies. But it can be incomprehensible if you’re not paying it acute attention, and even then the scientific terms, philosophical rhetoric, and your character’s sudden unexplained visions may confuse your focus. Hence it is much easier to let it all wash over you and grant it the easy status as one of the “most wtf game[s] ever made.”

Despite this history, I’d wager that the latest and fourth entry to the Sluggish Morss series won’t be treated in the same way. It’s called Sluggish Morss: Days of the Purple Sun, and while it certainly looks the part, its format is entirely different to the trilogy that came before it. It is not a single-player adventure that has an obtuse story to tell. Days of the Purple Sun is, instead, a local multiplayer arcade game played by two people in split-screen.

The reason for this switcheroo, as its creator Jack King-Spooner informs me, is due to it being made specifically for an event called “Games are for Everyone,” which was recently held in central Edinburgh and was organized by The Hit Point. Also at this event were other Scottish studios with their own games including Ludometrics with Body Check, Hidden Armada with Mutiny, Space Budgie with Glitchspace, Preoccupied Games with Six Face, Ant Workshop with Tealy & Orangey, and others.

King-Spooner reports that Days of the Purple Sun was able to “provoke those competitive-engagement-woops-and-swears” at the event as much as the other games could. It’s a game that encourages cheer rather than bafflement. Which is odd because it is without any doubt a game in the Sluggish Morss series. Take one look at its visuals and that’s immediately obvious. But its weirdness is overruled by the competition it presents.

blinded by the goal at hand.

Playing Days of the Purple Sun with a couple of friends and family members over the weekend, what I observed was one of the concessions we give to more traditional videogame formats. I asked each person I played against if they thought Days of the Purple Sun was weird at all, based on their time with it. Most of them said they were shocked by a woman’s cackling face that suddenly appears in the stage “Haunted House,” and agree that there were certainly some odd moments, but the general consensus was summed up by my mother when saying “it’s no weirder than most other games.”

This surprised me and got me thinking about how we perceive weirdness in videogames. Days of the Purple Sun is no less strange than the other Sluggish Morss games. The biggest difference is that it’s not narrative-focused. Instead, its main conceit is the competition between two people—something that is simple to understand and should be especially familiar to anyone who plays videogames at all. This simple change in format means that King-Spooner has been able to present his more outlandish creations (there’s even a nightmarish Super Baby in there) without weirding players out so much.

We see this concession happen in other videogames too. The bonus stages in the original Sonic The Hedgehog are entirely bizarre, for example. They take place inside geometric 2D mazes that spin while Sonic bounces around them curled up as a ball, a sky background with polygonal green birds flying by for whatever reason. There’s no explanation for any of this but because there’s an obvious challenge at the heart of these stages, which is to acquire the emerald at the center, not many think to question them. We become blinded by the goal at hand.

And so it seems that Sluggish Morss: Days of the Purple Sun will likely be perceived as just another local multiplayer game. It won’t be considered “WTF?!” by many people despite it containing many of the same images that provoked that exact reaction in the series’ prior trilogy. And it’s all because it has a clearly defined goal at its center that keeps players on the straight and narrow. This says a lot about the established language in the medium and how it can be used to provoke different kinds of reactions in the majority of players.

If anything, what Days of the Purple Sun may show is that you can get away with putting almost anything into videogames, but what will probably determine how it’ll be received is what kinds of goalposts you put around it.

You can purchase Sluggish Morss: Days of the Purple Sun for £1.99 on itch.io.You can also vote for it on Steam Greenlight.