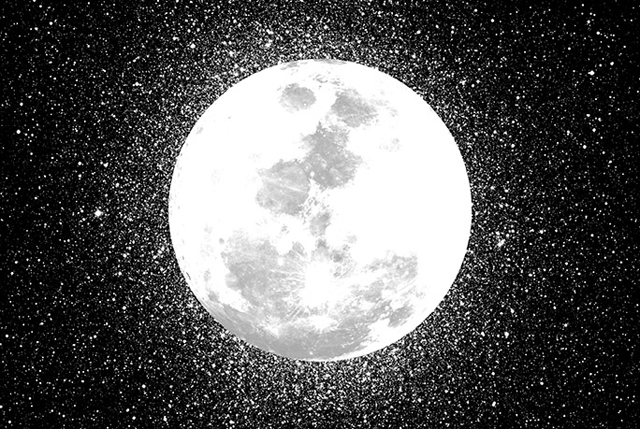 This essay was originally published in Kill Screen Issue #2.

As a huge space nerd, I spent my childhood unhappily watching space become a place for robots and not humans.

My own lifespan has neatly encapsulated the process. The Space Shuttle Challenger blew up in 1986, three years before I was born. In 1998, a monument for those dead sat directly outside the window of my third-grade classroom. Pathfinder, the first of the Mars rovers, occupied much of my waking attention in 1997. When I was 10, I actually attended Space Camp-the best birthday present I have ever received. Space Camp in 1999 was a blissfully optimistic reeducation facility, and I came away believing in a glorious future where Americans and Russians skip across Mars arm-in-arm, scattering baskets of daffodils on Olympus Mons. I thought of myself as an approved proto-astronaut. At the right age, I’d step up and claim my pass to outer space.

It didn’t work out that way. Support for human space exploration has been waning in America, and the long, slow switch to unmanned programs may have ended last year with the cancellation of the Constellation moon program. It’s not particularly surprising: the program was over-budget, and going back to our moon is probably not the best target for research dollars or the human spirit. But it was disappointing nonetheless. For now, the future of our human space exploration is still ambiguous.

I feel as though I’ve been anticipating this for a long time. One morning in 2003, my friends and I found ourselves in a deserted school hallway, muttering to one another about the Columbia disaster. We were hypnotized and baffled, and we grew conscious of a strange generational disadvantage: After beating the living daylights out of Hitler, our grandparents sent actual men to the actual moon. But we were stuck here on Earth, sending robots to Mars and helplessly watching our spaceships explode on television.

The space nerd I was would have adored Moonbase Alpha, a PC game released for free in summer 2010 by NASA’s Learning Technologies team and Virtual Heroes, the developer behind America’s Army. Built in the Unreal engine, it’s a multiplayer game that’s part puzzle, part kart racer, and part low-gravity-movement sim. It’s set in the near future, on a surprisingly realistic moon: the earth hangs in the sky, buggies and robots kick up thick plumes of lunar soil, and astronauts bound and drift across the map. A meteorite impact has disabled the life-support system of a NASA lunar station, and players must repair this system as quickly as possible, prioritizing a complicated list of fetch-and-carry tasks with different durations and difficulty levels.

Unfortunately, the mechanics of the game proper are not entertaining. Players fix elements of the broken oxygen system by completing mini-games like robot-driving or “welding,” an unusually frustrating maze-tracing puzzle. At times, these mini-games are absurdly difficult, and they all control badly. When playing by yourself, they get dull pretty quickly.

We know that space is dangerous and unforgiving, and acknowledging this in our fictions helps us to process that disturbing truth.

The real fun lies in playing Moonbase Alpha with friends: leaping around in spacesuits and messing with the oddly adorable robots on this dusty moon. Incredibly, the setting’s strong atmosphere holds up even in multiplayer. Playing the game feels like reenacting the famous videos of Armstrong’s lunar strolls. The slow, swinging steps of the players’ astronauts have a convincing heft and effort, each footfall leaves a perfect print in the regolith, and each awkward, jerky hop sends the astronaut coasting forward over the dirt. Whether watching friends struggling around over the surface or doing it yourself, it simply feels real.

The future of robust human space exploration depicted in this game no longer exists, and for a longtime space nerd like me, that’s a pretty bitter realization. Moonbase Alpha was designed before the Constellation program was cancelled, and the structures are based on real NASA lunar technology—things that would have been built on the real moon 20 years from now if Constellation had gone as planned. For reasons beyond its developers’ control, Moonbase’s optimism is empty: the game reminds me more of what manned space exploration has lost than of what lies ahead. For all its realistic roots, Moonbase‘s scenario is a fantasy.

Strangely enough, however, Moonbase Alpha also seems to defy the kind of heroic fantasies we traditionally associate with space exploration. When the game began, I knew the astronauts trapped in the Moonbase would suffocate without my assistance. I assumed that death was part of the scenario. It had to be. Astronauts are action scientists. They’re champion researchers. Like samurai and knights, they’re remote, clean, and heroic; wearing armor and risking death every moment of the day. As a child, I would have loved astronauts less if their job were less perilous. We know that space is dangerous and unforgiving, and acknowledging this in our fictions helps us to process that disturbing truth.

But the astronauts in Moonbase Alpha don’t die. If you fail to save them, they pop back on the radio, chirping that they’ve merely “lost a day of productivity” due to the trouble—then suggest that you try again. I was almost more upset with the game for not killing them than I was at myself for failing to save them. Without peril, I’d been robbed of any sense of achievement. These astronauts were scrubbed of the romanticization I’d given them to over the years. They weren’t the astronauts I’d grown up admiring. They weren’t the Right Stuff. They were a bunch of cheats.

Moonbase Alpha is not, however, NASA’s final word on games. It is actually a proof of concept for another game currently in the works. Astronaut: Moon, Mars, and Beyond is an educational MMO which, according to NASA Learning Technologies lead Daniel Laughlin, aims to revolutionize the way people think about educational games.

“I was as poisoned as everyone else by edutainment games,” Laughlin told me, referencing the late-’80s and ’90s glut of boring educational PC titles. “Many of them weren’t actually very good educational games, but most of them were just not good games.”

Laughlin initially found it difficult to convince NASA executives, some of whom hadn’t played a game since Pong, that NASA should develop an educational MMO. “The academic side is still saying, ‘OK, we need to do a lot more research, and dissect games down to the smallest molecule.’ They’ll still be working on their research project for 20 years, while people are moving out with games,” he said. “I used the analogy … that we were essentially building the educational game equivalent of a supercollider. That we were building something that didn’t exist, that would let us do research that couldn’t possibly be done until it was built.”

Laughlin hopes that a NASA MMO can present science, engineering, and math skills to young people as tickets to fascinating careers. The problem, he said, is that school disconnects science and math skills from real-world applications. “I don’t want somebody in seventh, eighth, and ninth grade to end up saying, ‘Oh, I played a game and now I’m going to be a planetary geologist,’ ” he said. “But I do want them to say that there’s a possible future in this.”

The future of robust human space exploration depicted in this game no longer exists, and for a longtime space nerd like me, that’s a pretty bitter realization.

The need to keep learning relevant is also why NASA has chosen to make an MMO. “We can keep updating it and engaging them andevolving the experience,” Laughlin said. “Ideally, you could start playing it in seventh grade-and you may not play it every day, but when you get to college, you could still have your original Moonbase and your original avatar … you could take video and turn it in as a homework assignment in a physics class.”

What they’ve built so far is flawed but impressive. Hopefully, the strongest part of Moonbase Alpha, the atmosphere, will carry over into the final MMO. “That seems to be the biggest thing that people are applauding, that sense of immersion: that they get to be on the moon,” Laughlin said. “I hear all the time: ‘I’ll never get there in real life, but it felt like I was there.’ ”

When NASA began this project, they vowed to make a game that was “science fiction, not science fantasy”—a game which presented a truly possible future, compromised only when the medium of the game itself made it absolutely necessary. The kind of future, in other words, that holds up in a physics class assignment. Though Moonbase Alpha is certainly as “hard” as hard science fiction gets—it’s entirely scientifically possible—it occupies an uncomfortable position between the fulfillment and denial of several fantasies. While it provides the ultimate space nerd fantasy of a real live honest-to-god moonwalk, it strips the space program of the daredevil heroism I’d always associated with it, and dedicates itself to perpetuating a particular fiction about human space exploration which I can’t help but regard as an ironic fantasy. Its world is politically and financially impossible. But it’s a fantasy all the more enticing for having once been real.

When I heard that NASA was making a game, I thought to myself: Well, this had better be good. What I meant, of course, was that it had better be a good game—but also that it had better embody what the space program meant to me, everything from the hope and fright of my childhood to the anxieties and controversies whirling around it as Constellation neared its final days, the whole gamut of human emotion surrounding our greatest achievements and discoveries. It couldn’t have done all that, of course. And it wasn’t meant to. It isn’t trying to be a summation of everything we’ve ever loved or imagined or debated about NASA and human space exploration. It’s a proof of concept for a larger game.

That larger game, however, will ask its players to live as space explorers—to embody alternate, heroic fantasies of themselves. To be action scientists and hero researchers! To whip off to Saturn in the space of a loading screen and use their brains for great justice among the stars! If I’m going to play that game, I’m going to want to be a hero, even if that’s not entirely realistic, and I’m going to want to be playing in a NASA that’s as heroic as I imagined it as a child—even if it isn’t, and even if it never was. If NASA’s MMO includes heroism and tragedy, it will have the emotional punch to hook its students and to place what they’ve learned on a grander scale. Perhaps they’ll be inspired to dedicate themselves to bigger, more-challenging futures—to take their fantasies and make them real.