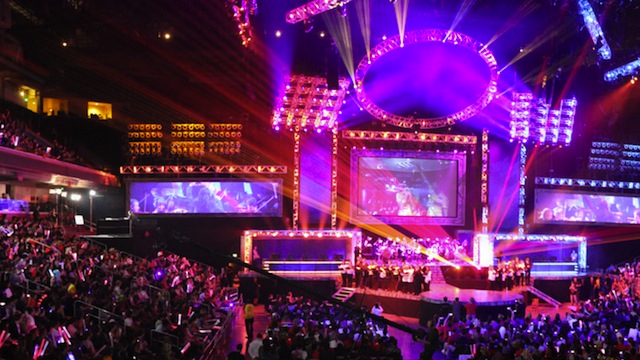 Esports are huge. This year’s League of Legends World Championship was held at a sold-out Staples Center, home of the Los Angeles Lakers. With spectacular events like this, it’s easy to forget that there is a huge barrier to esports that doesn’t exist with other sports. Namely, a large portion of the world doesn’t have internet access.

During a talk yesterday at G.D.C. Next, Jason Ng, who is in charge of Asia’s multinational League of Legends league, raised the issue. “I just need more internet in Southeast Asia,” he said. Online penetration is growing in the region, high in countries such as Singapore and Brunei, but lags in places like Thailand, the Philippines, and Vietnam, where fewer than twenty percent have internet access at home.

Not having the internet is obviously a problem because playing competitive games requires a high-speed connection, prohibiting millions of players from games like League of Legends. In other sports, the overhead is low. Anyone can kick a soccer ball or throw a pitch, but through no fault of its own, esports are a sport for technologically privileged nations. Hopefully it’s not long before everyone can play. How big will esports be then?