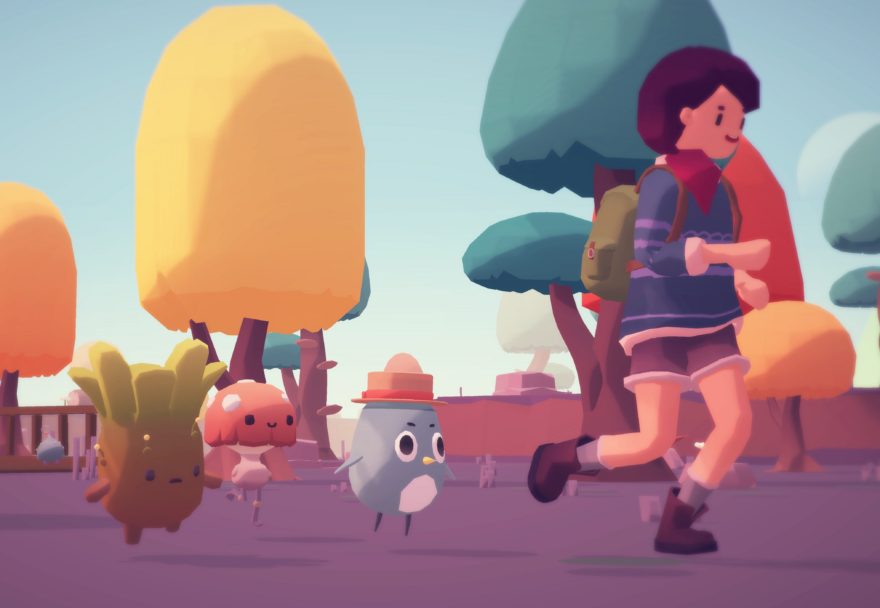 Forget about Moblets, that cute-as-heck game we spotted earlier this year. It’s no longer called that. It’s new name is Ooblets. And to reflect that title change, the world it’s set in is now called “Oob.” So yes, it’s still goddamn adorable, even more so these days.

That isn’t all that is new. As Ooblets designer Rebecca Cordingley has outlined, there have been some changes to how the game works put into place recently. If you don’t know, Ooblets is a farming and creature collecting game. You play as Essie, who aims to start a simple life in the country, growing crops on a piece of land to sell them on. But she can also explore the wider world for new seeds and make little friends called ooblets.

The ooblets exist as part of an influence from the Pokémon games. As such, in previous versions of the game, you fought them and then caught them to befriend them—please note: that is not how you should make friends in reality. But that isn’t very friendly, and it turns out early players of the game thought they were supposed to grow the ooblets rather than catch them. Maybe it’s because they look like vegetables or simply that the world of Ooblets doesn’t invite such a hostile takeover.

In any case, Cordingley thought that growing ooblets was a much better idea. Now, when you defeat them in battle, they drop seeds which you can plant in the ground to grow a little friend. Aww. “When you defeat wild ooblets, they’ll either drop a seed matching their ooblet type, a semi-random seed matching their ooblet category (like a Shrumbo is a fungus-type), or a completely random seed that could grow into any type of ooblet,” Cordingley wrote.

What else? Oh, the adventuring part of the game is closer to being figured out. The game’s world is divided into different biomes with different creatures and trainers to meet. Each of these were a self-contained map that you unlocked and could travel to and from using a trolley system. That’s now been scrapped in favor of connecting all of the regions in a way that lets you walk between them.

How can you not hug that immediately?

“They’ll still each have a trolley station so you can quickly get home, but now the region stations will be locked until you travel to them on foot (and defeat any obstacles in your way),” Cordingley explained. “Making it a bit more linear in this way will hopefully make the adventuring parts of the game a lot more compelling and give us clearer direction in laying out the maps.”

Ooblets also has a new, simple dialogue system that’s better geared for localization. Cordingley also added some new hats (ooblets wear them) and a bunch of new ooblets taking the total number up to 18. Let’s take a look at those adorable little feckers, shall we?

This is Fleeble. Loving the spectacles, propellor hat, and THAT BOW TIE!

This greenie is called Whirlitzer, which implies to me that it can fly. But it’s a nut. Can nuts fly?

OK, so all of the ooblets deserve a hug, but look at Plob. How can you not hug that immediately? And it’s called Plob. Why is that name so adorable?

Look at this fancy pants! A veggie with a monocle and classy hat, but unfortunately doesn’t quite have the gait to pull off the full look. It walks like a drunk on icy pavements. C’mon Wigglewip.

Alright, so that’s all that’s new from Ooblets for now. It’s building up to be kinda irresistible: cute creatures, farm life, and adventuring—and you thought Stardew Valley had it all. Anyway, if you wanna keep up with everything Ooblets you should check out its website. You can also watch it being made live on Twitch.