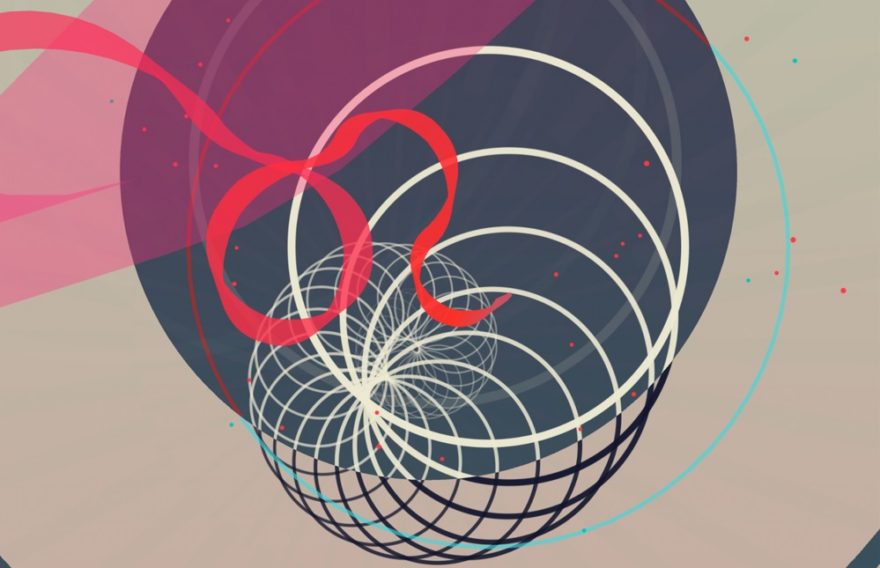 Super Hexagon (2012) has you think in hexagons, Orbyss in circles. Repeat that: Orbyss. Circles. Don’t stop there, either. You should chant this to yourself quietly—or just in your head—as you play Orbyss. You’re gonna need to. Circles, circles, circles. Loops, loops, loops. For if you don’t drill that command into your brain you shall fail. You’ll fail anyway, a lot, like every five seconds, but with a little persistence you can match the complex elegance of a ribbon-twirling rhythmic gymnast.

That’s what Orbyss mimics as you get better at it too—a magical performance of flutters and twirls. It’s a game about whirling ribbons and the repeated act of practice it takes to create beautiful performative art. But you won’t think so at first—a deception similar to Burgess Voshell’s previous game DYG. When you begin it seems as tightly closed as a particularly stubborn orange peel. You tap the screen to send a ribbon accelerating towards a 3D tunnel that looks like it was drawn with a Spirograph set. During its approach, another instruction pops up on the screen telling you to hold your finger down. You do so and the ribbon starts circling anti-clockwise. Lift it and it will resume its travel clockwise.

a tangled distortion of chaos

I’ve told you that like it’s obvious but it’s anything but. The reason being that Orbyss barely gives you a chance to work out what the heck to do before you collide with an invisible wall and fail. An integrated Twitter prompt appears upon your crash as if to mock you: “Still learning,” it says. “I love a good brutal challenge,” is another. Why would you let your Twitter followers know of such a failure? You wouldn’t. Later on, however, with a better grasp of the game, this call to Twitter turns into a celebration of your resolve—that’s when you might be tempted to share the game’s automated words, a sign of victory.

Before then, these few words that arrive upon your failure serve to keep you curious. What are you still learning? There are no further instructions so you have to micro-analyze what your touch on the screen is doing, parsing the difficulty of locomotion in this wiggling foreign body. It really does feel as piecemeal as taking tiny chunks of peel off an orange; desperate for a whole curl (of understanding) to follow your fingers. Once you’ve worked out how to steer the ribbon you then have to get a feel for it. This will take a lot longer. The goal is to guide the ribbon through the serpentine tunnel, able only to do so in arcs, half circles, and noodly paths. It can quickly become a tangled distortion of chaos.

But perhaps this is a small price to pay. Gymnasts train from a young age, fitting in seven hours of training in a day, three days per week, while at school age. Not to mention the strict diets they have to adhere to, and the almost-criminal muscle stretches they are put through to ensure their body remains limber and supple. All you have to do while playing Orbyss is spend a few minutes of your day tapping a screen while you’ve nothing else to do. You’re not going to compete at the Olympics, but you might put on a pretty little show for yourself as you loop the ribbon through five, 10, 20 circles and more in its winding abyssal tunnel.

You can purchase Orbyss for $1.99 on iPhone and iPad.