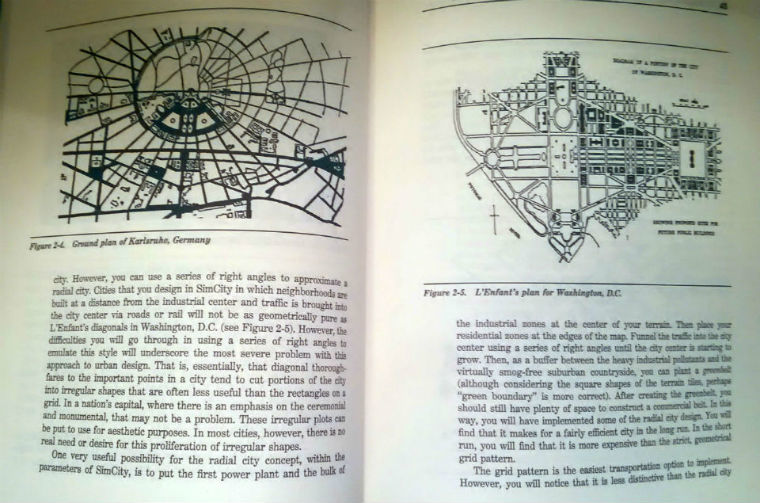 Back when the first SimCity was released in 1989, the editor of Computer Gaming World magazine, Johnny L. Wilson, was commissioned to write a guide for the city management sim called The SimCity Planning Commission Handbook.

In a manner befitting the complexity of the original SimCity, Wilson didn’t just want to confine his explanations of the game’s mechanics to the context of the game itself, but expand on those theories beyond the simulation, shedding light on the real-life parallels SimCity is built on.

A city is a machine with many moving parts

Richard Moss has a long, detailed post on the guide over at archive.vg, diving into the manual’s 200 pages to reveal an amount of detail and depth not just on SimCity and its many systems, but on the key principles and philosophies that make up real urban design.

So full of information is Wilson’s book, from basic urban development theory to mathematical formulas used by transportation planners, that it’s hardly a videogame strategy guide as much as it is a textbook. In one part of the book, Moss points out, you have a detailed breakdown of how SimCity handles its population growth system based on a principle called the rent/bid gradient, where property value is determined by how near it is to hubs of urban development, though elements of this are simplified for the purposes of the game.

The depth of SimCity’s guide shouldn’t come as a surprise considering the game’s potential as an educational tool on its own, where students of urban design, economics, civil engineering, and more can put theories about city management to the test.

A city is a machine with many moving parts; SimCity didn’t try to trivialize that and neither did its guide book.