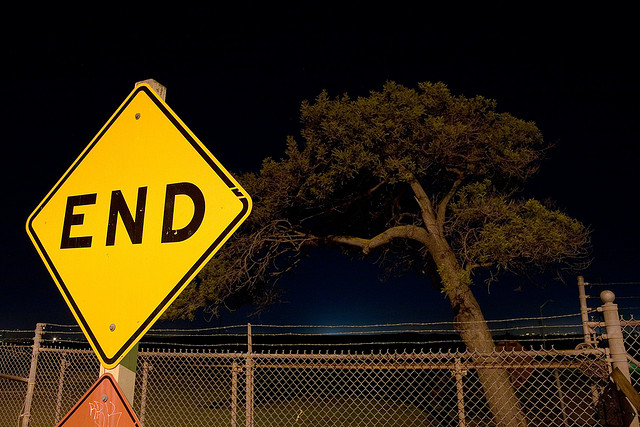 Spoiler alert: In the end, our best fictions can’t be spoiled, according to a new study in Psychological Science called “Spoilers Don’t Spoil Stories.” The results of the experiment, based on the reactions of college students, elucidate why their subjects could greater empathize with a story when they already knew what happened. That’s why critic Ty Burr wants us to rethink the spoiler.

The paper, published in the September issue of Psychological Science, presents the results of a series of experiments conducted by Jonathan D. Leavitt and Nicholas J. S. Christenfeld. The authors asked a large group of undergraduates to read classic short stories in three categories: literary works (such as Raymond Carver’s “The Calm”), mysteries (Agatha Christie’s “A Chess Problem”), and ironic-twist tales (Ambrose Bierce’s “An Occurrence at Owl Creek Bridge”). Each student read one story in its original form, one with separate introductory material that laid out everything that was about to happen, and one with that same material simply incorporated as part of the text. Even surprise endings were given away.

Curiously, the test subjects favored the spoiled stories, sometimes significantly so. Even more paradoxically, it was the genres that seem to depend on surprise the most — mysteries and ironic-twist stories — that readers liked best when they already knew the ending

If a work of fiction is particularly well crafted — like “The Godfather” or like one of Leavitt’s recent favorite reads, Richard Russo’s “Straight Man” — it’s possible to fool ourselves into a temporary not-knowing while revisiting it, to lose ourselves in the story all over again even as part of our brains breathes a sigh of relief at knowing where the guard rails are.

Don’t we already know that knowing what happens doesn’t make or break a story for us? Take nonlinear narrative—by spoiler-logic, these stories are stillborn.

Despite the Internet, the art of a story proves itself more than an exchange of information or exposition. Say the merit of fiction was determined by our knowledge of what happens—we would never read or watch anything more than once. Let’s not forget—fictions can still be discussed like songs or games—when we listen or play for theme and variation or the nuance of mechanics, where depth rewards a replay.