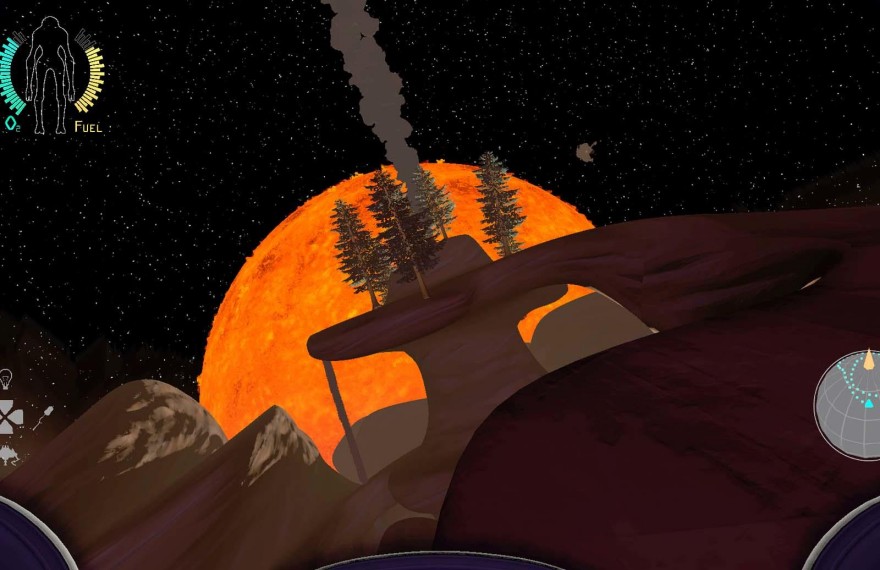 Even though it took the Seumas McNally Grand Prize and Excellence in Design awards at the Independent Games Festival earlier this year, Outer Wilds is something of a mystery. It was still in very early alpha when it was being judged for this year’s Game Developers Conference, and has flown under a lot of people’s radars since, especially in the shadow of a game like No Man’s Sky. Both games feature an open, explorable universe at their core, but Outer Wilds differs in a lot of ways.

why does the universe keep resetting?

The defining factor of Outer Wilds is time. What there is to see and do in its wide open galaxy depends largely on when you make your visit. Certain planets or cities may be destroyed at specific points during the time loop, so if you make it there too late, you’ll have to wait until the next universal reset before flying over.

But why does the universe keep resetting after 20 minutes? That’s part of the mystery. This time loop mechanic has been compared to Majora’s Mask, but its creators at Mobius Digital also point to games like Myst and Kerbal Space Program as inspirations.

Outer Wilds currently has a crowdfunding campaign on a new service called Fig, a curated platform that merges elements of Kickstarter with investing. The team is asking for $125,000 to add more interactive elements, new locations, a fully fleshed out story, improved graphics, and more.

Check out Outer Wilds on its crowdfunding page.