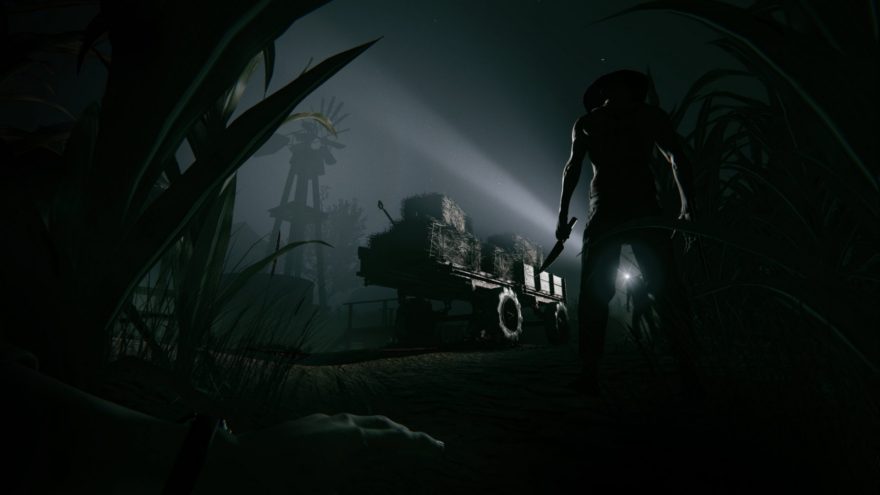 Red Barrels Studio decided to suddenly release a demo for its upcoming survival-horror game Outlast 2 yesterday. It’s available now, for free, via Steam and the Xbox One and PlayStation Stores. And it’s scary as shit.

Outlast 2—as you might have guessed by the name—is the sequel to the relatively successful Outlast (2013). It puts you in the role of Blake Langermann, a cameraman who, after wrecking with his wife Lynn in the Arizona desert, finds himself frantically evading a twisted religious cult. This sequel is set in the same universe as the first game, and still keeps its found footage-style of presentation (i.e. you’re peeking through a camera to see in the dark), but wisely loses the mental asylum setting.

things there are just awful

The demo drops you into what is presumably the beginning of the game, having you explore a dilapidated town, discovering quickly that things there are just awful. Like, simply the worst.

Mutilated corpses of children, religious iconography, and a seemingly never-ending cornfield await those brave enough to play Outlast 2. I, to be honest with you, was not brave enough, asking my dad to sit with me while I played the game, only to—much to his delight—scream in front of him after finding myself face-to-face with a monster. While Outlast 2 certainly achieves what it sets out to do—terrify—and I commend it for that, I have no plans of ever playing that game again.

Outlast 2 is due out for PC and consoles in 2017. Find out more about it on its website.

For more on Outlast, read our conversation Red Barrels’ co-founder Philippe Morin about incorporating adulthood into its 2013 horror game.