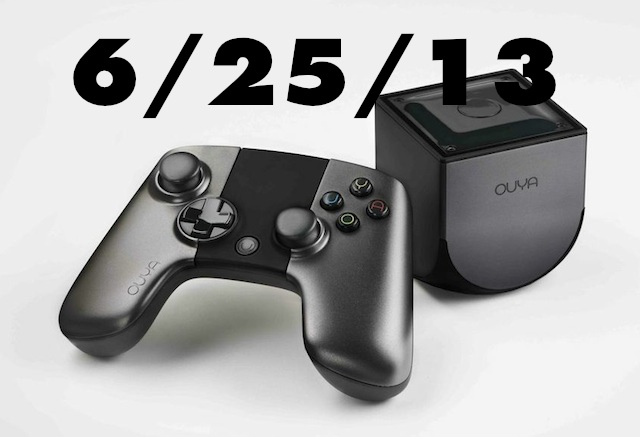 The Ouya console is out. Get hype y’all! In honor of the launch, and because otherwise it’s a slow news day, we put together an indie-themed Cheat Sheet.

Looks like Bennett Foddy is diligently considering how to release a game that uses 16 controllers over the internet.

While not to be confused with Martin Sheen’s devastating performance in Badlands, Badland by Frogmind still performs brilliantly on iOS. And it’s half-price.

Michael Brough, creator of O, Zaga-33, and Corrypt, among many other quality titles, has a new one in development for iPhone called Helix. It’s looking mighty sweet.

But not as sweet as this sweet entourage of Ouya games! WUT!

Chroma Squad Story, the follow-up to the much-buzzed Knights of Pen and Paper, is coming, and the panoplies have been shed for latex spandex. It’s Morphin’ Time!

NYU Game Center is hosting a game narrative writing workshop with Susan O’Connor, who penned Bioshock, among other things. If you’re in New York on July 13-14, it should be worth it.

Vlambeer’s flying marlin shooter Ridiculous Fishing is getting updated with double the amount of shotgun shells and jellyfish. This right here is why we’re glad the Dutch make videogames.

The folks behind Dear Esther, the striking meditation on spelunking photorealistic moonlit grottos, are doing an open-world game. Hopefully it’s like Skyrim but thoughtful and elegant.