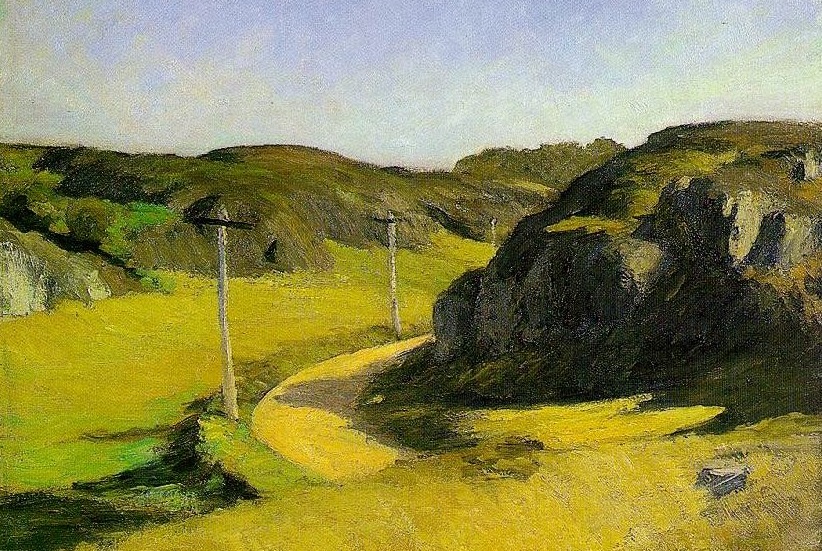 America as depicted in the work of the American realist painter Edward Hopper is almost unbearably quaint. The majority of his paintings and prints involve remarkably calm, perhaps lonely, people leading blissfully mundane existences in vintage diners, full service gas stations, and excessively tidy drawing rooms. It is easy on the eye, but you can’t help but despise these privileged, perfectly normal human beings who had nothing better to do with their time but sit gazing out of windows, halfway nude, at skylines and crap.

Thankfully then, Finji is introducing these quiet, placid Americans of our national heritage to the grim reality of modern America, which is full of suffering and anxiety and social awkwardness and ostensibly tough choices about who gets to eat who when the food supply runs out.

“it is good to temper the notion of the lonely genius”

Overland is the small Austin-based studio’s take on the perennial post-apocalyptic wasteland videogame, and it looks suspiciously like scenes of peacetime-era American loftiness, except served up with sweet, delicious angst. In fact, the game’s art director Heather Penn has seen fit to look towards Hopper in designing her revisions of the barren North American locations and prairie architecture. “In retrospect, the connection seems obvious,” writes lead designer Adam Saltsman in a recent Finji Friday blog post. “In so many paintings, just one or two people remain, the vastness of the great plains spread out before and behind them.” Adding to the Americana of it all, many of the symbols and icons were borrowed from the iconography of the nation’s National Parks.

So that explains the almost patriotic classicism in the art and design. But why the lone-wolfing it? What to make of Overland’s mutants and pointed sense of dread? Well, that comes from disgruntled Soviet-era sci-fi and roguelikes, of course! “I think it is good to temper the notion of the lonely genius who somehow invents everything out of thin air,” Saltsman says, before going on to dump out a shopping basket worth of videogames and other cultural artifacts that motivate the team, including the Strugatsky brothers’ terse and influential novel Roadside Picnic, and Michael Brough’s tension-filled roguelike 868-HACK.

As a result, Overland looks to be a delicious intersection point of a bunch of stuff that doesn’t really belong together but somehow fits without showing seams. It’s pretty, profane, and it’s turn-based strategy. What more could you want?

Overland is coming out later this year for Mac and PC. Find out more on its website.