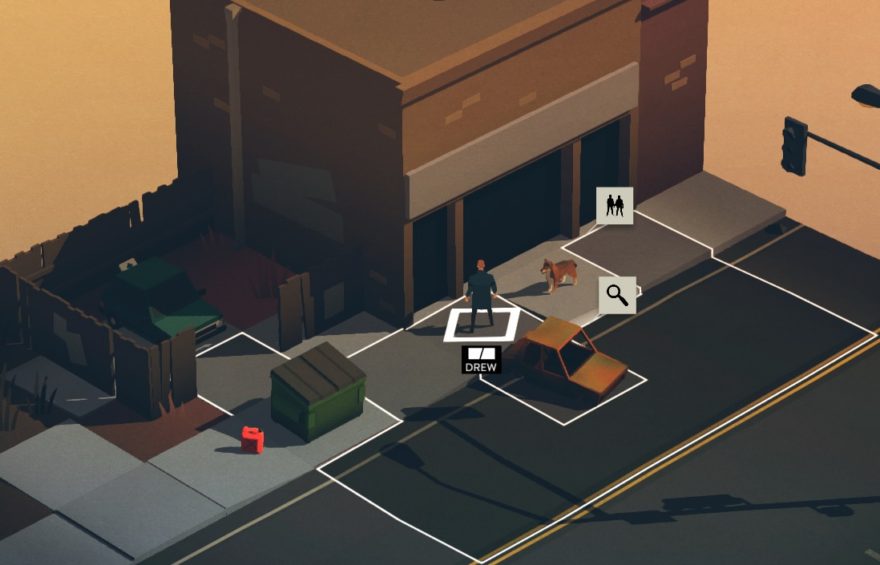 Finji showed off a new trailer for their upcoming game Overland yesterday as part of the PC Gaming Press Conference at E3. In order to be both accessible and complex, Overland has pared the tactics genre down significantly. It plays out on a series of nine-by-nine grids, where your squaddies have around three health tops, can usually perform two actions per turn, and—whether it’s a machete or a medkit—can carry only one item at a time.

There’s a lot of tense counting out steps

Each turn feels like a puzzle—how will we keep quiet and still collect the gas we need? How much longer can we keep using this van? When it comes down to it, should we leave behind Keith who talks in his sleep, or our adorable dog Cupcake? There’s a lot of tense counting out steps and inventory slots and gallons of gas, and then pulling the last teammate into the car as you drive off into the sunset.


The trailer highlights the landscapes and the survivors—both are randomly generated, and the modular character design (along with random backstories) means you can get even more attached to your particular crew members before the monsters rip them apart. While the earthy tones and board-game scale of the world are lovely to look at, Overland pushes players to move quickly to avoid fights and save supplies, surviving encounters by the skin of their teeth and making the drive west—towards possibly freedom and definitely more monsters.

Overland is also a demonstration of itch.io’s new early access program, called Refinery. Overland First Access started in April and this trailer coincided with the third round of early access keys. There might still be a couple left over at overland-game.com if you’re lucky.