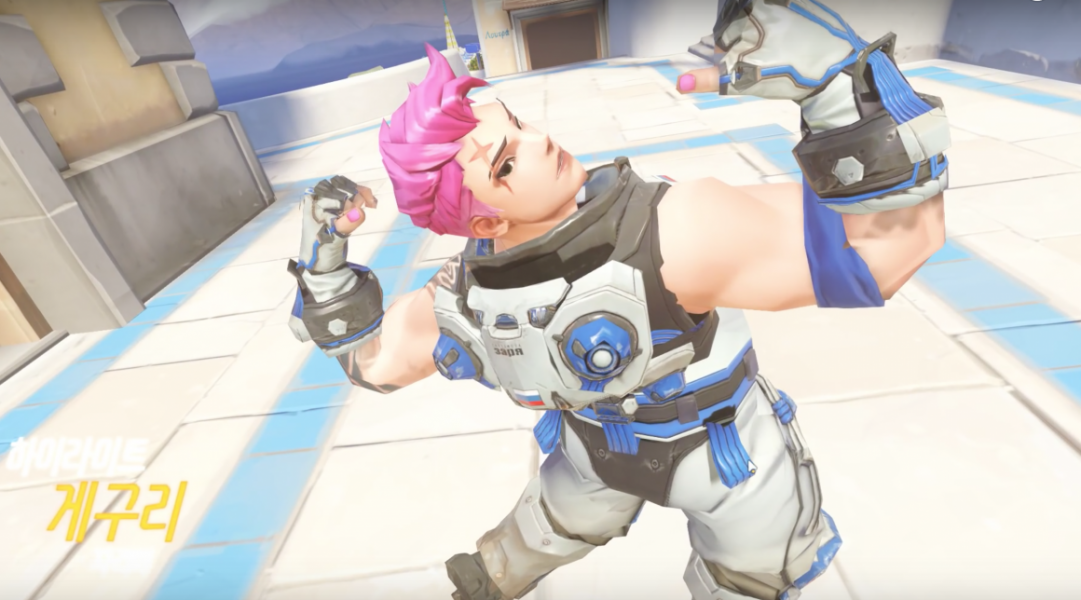 Professional and amateur players are shifting their focus to a game that’s breathing new life into competitive eSports in South Korea. Earlier this year, for the first time in nearly four years, League of Legends (2009) was not the most popular game in South Korea’s PC bangs. Inside internet cafes or “PC rooms,” Blizzard’s recently released Overwatch was the competitive online game of choice, edging out LoL by as much as 30 percent in June. It’s almost the equivalent of Wimbledon pulling in more viewers than the Super Bowl.

“The FPS (first person shooter) genre is not usually common in Korea, but the variety of variables and characters attract people to Overwatch,” explained Jang “AKaros” Ji Soo, a professional Overwatch player in South Korea whose team was recently acquired by EHOME, one of the longest-standing names in the Asian eSports scene. At age 12, Ji Soo began playing the massively multiplayer online game World of Warcraft (2004) for countless hours at PC bangs. She remembers her parents didn’t approve of her hanging out in a place that attracted so many smokers. Ji Soo persisted regardless and, several years later, she now finds herself at the center of a game-changing eSports community now toggling from LoL to Overwatch. In South Korea, LoL has been a national pastime for years, selling out Seoul’s stadiums more than 45,000 fans annually. The sudden rise of Overwatch could spell big changes for world’s bustling epicenter of eSports.

South Korea is often called the birthplace of eSports. The first time Blizzard took the country by storm was in the 1990s with StarCraft. The game developer worked hand-in-hand with the South Korean government to organize events and establish the infrastructure that led to the country’s eSports dominance that persists today. Now, with new favorite Overwatch battling with LoL for the top spot, new skillsets are being developed and a fresh audience is moving into the limelight.

Because of their easy, affordable access – 50-cents per hour to play – PC bangs remain at the heart of this shift, according to Seth King, an eSports shoutcaster in Seoul. He said these public PC Rooms breed South Korea’s unbeatable “environment for competition and gaming.” PC bangs also level out the playing field by inviting everyone to play, whether student or adult, rich or poor. “Getting access to games you wouldn’t normally be able to play is fairly addictive and when you’re spending money to play them, you’re more likely to take them seriously and try to improve quickly,” King explained.

In the case of pro Overwatch player Ji Soo, PC bangs fostered her competitive spirit and loyalty to titles by Blizzard. She finds the diverse gameplay, characters and teamwork in Overwatch compelling enough to master a new genre for her: the FPS (first-person shooter). “Overwatch is an FPS that heavily implements similar mechanics from MOBA (multiplayer online battle arena) games, which speaks to the gamers here in Korea and a reason for it taking off like wildfire,” said King.

Despite vast differences between an FPS like Overwatch and Ji Soo’s previous Blizzard favorite, World of Warcraft, the two share important DNA. Overwatch may focus more on individual matches to WoW’s long-term play style, but the two cater to players who love a strong sense of character. Its focus on unique character and player skill sets means elite WoW players can transfer some of their training over to Overwatch. In fact, Ji Soo’s prowess with her favorite Overwatch character, Genji, even awarded her the nickname “Genjisu” recently. At the Overwatch Festival in BEXCO Busan, a commentator began calling her ‘Gen Ji Soo’ to bring attention to her outstanding plays. Despite her team losing that day, she has a fond memory of the crowd chanting her new nickname.


With the rise of Overwatch comes a desire for better computer performance to handle the fast moving, graphically rich game. While StarCraft could be played in PC bangs filled with older, lower performing PC, Overwatch’s fast moving, rich graphics benefit from more powerful computers. To remain competitive, pros like Ji Soo are turning to more reliable, high-end equipment. “My current PC is built around an Intel i7-6800k CPU (central processing unit), GTX 1070 GPU (graphics processing unit), and an ASUS x99 II motherboard,” she said. “I use it more than 10 hours a day.”

Moving into the pro Overwatch scene even helped her learn more about how superior hardware makes a difference. She said she learned from her team members and coaches about how the right CPU and GPU combo means less drops in frame-rate during matches or while streaming to her fans. Figuring out the tech has been easier than working around another big obstacle facing Ji Soo and pros in South Korea: stigmatization of female players. “It’s even difficult using the voice chat during matches,” she said. “Whenever someone hears a female voice, they start trolling. Sometimes, it’s bad enough that it affects how I play.” Ji Soo and the other female pros remain steadfast. They see Overwatch helping diversify the gaming scene in South Korea and elsewhere. Whether male or female, MOBA, MMO, or FPS fan, Overwatch is welcoming all of South Korea through competitive play.