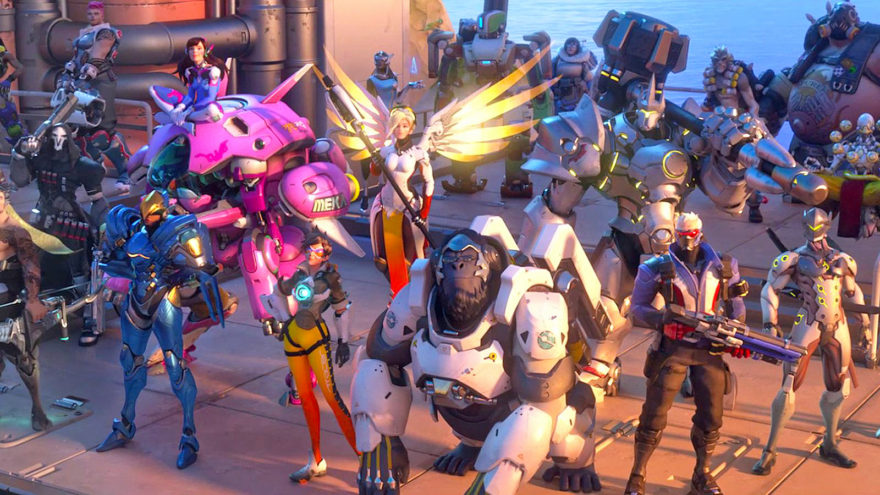 How do you tackle a game as big and aqueous as Overwatch? Every so many weeks its meta game changes; characters fall in and out of favor, you win, you lose, you get fed up of firing pellets into Reinhardt’s shield for entire rounds. These changes are, for the most part, minuscule—noticeable only to the most dedicated players. Stand back far enough and you wouldn’t see them. What you will be able to observe from such a distance, however, is a maelstrom of rockets, gigantic thighs, and dragon spirits twirling in deadly coitus. Overwatch stands out for its personalities, so we thought, heck, let’s write about that.

Right now, Overwatch has 22 characters in its lineup—guns slung over their shoulders, leaning against mechs, twirling on blades as you mouse over them, making your choice. That’s probably too many to write about individually, you might think. We think differently. We did exactly that. We assembled 22 of our best writers and set them to work—a writer to jump into the skin (or robotic shell) of each virtual personality. The result is 22 odes. You can use the “Overwatch odes” tag to leaf through them all, or use the handy list below.