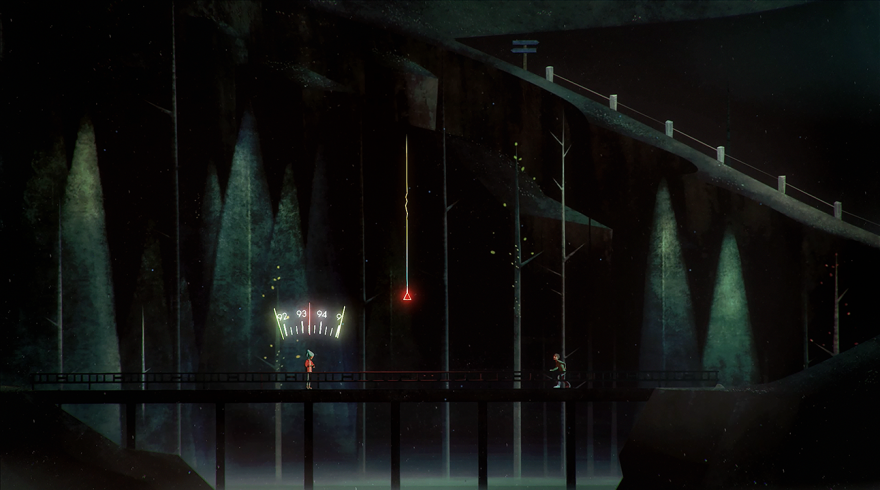 After two months of silence, Night School Studio has some exciting things to share about their upcoming “supernatural teen thriller,” Oxenfree: a release timeframe of January 2016 with a console debut exclusively on Xbox One, and a brand new teaser.

This new video gives a much clearer look at Oxenfree’s story and character drama than past trailers. Take a look below.

It’s been known that the game’s otherworldly happenings occur after your character Alex tunes into a strange transmission on the island she and her friends are partying on. Edwards Island, as it’s called, is home to an abandoned military base and the place where local seniors like Alex spend the night as a sort of rite of passage near the end of high school.

Now we also know that Alex’s parents are divorced, her recently remarried mother is off on her honeymoon, and she’s left to reluctantly drag her new stepbrother Jonas to the island party as well. This also takes place near the anniversary of a character named Michael’s death, which Alex references in a call to her father. Perhaps this was Alex’s real brother?

With Oxenfree being compared to Stand By Me as much as Poltergeist, it’ll be interesting to see how the family drama and the dynamic between these young, adventurous kids plays out against the backdrop of the island’s ghostly technological horrors.