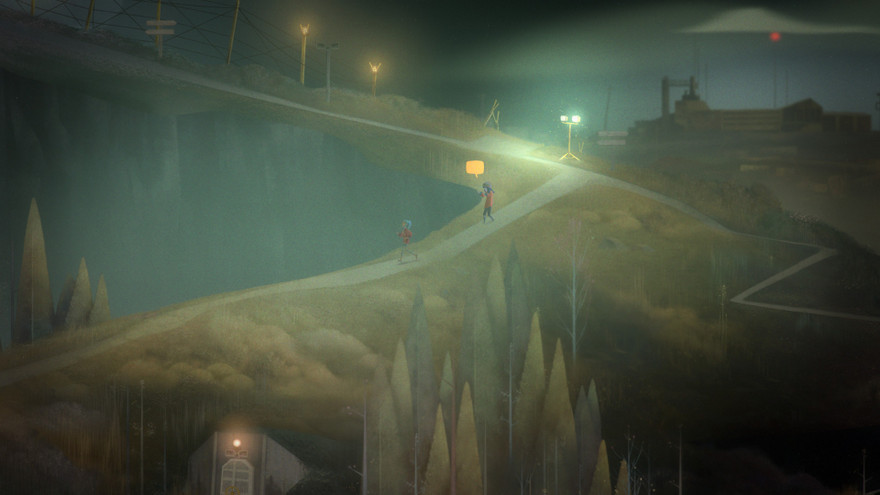 Have you played Oxenfree yet? Probably not, given that it comes out today. Do you think you’ll play it, or just wait for the movie? Oh! I forgot to tell you—turns out there might be a movie in the works.

This seems fitting given that Sean Krankel and Adam Hines, the two founders of Night School Studio and the creators of Oxenfree, put together a team comprising Telltale and Disney alumni to produce the game. The talent behind this videogame learned from movies and animation and now the result of their work will be fed back into the machine that enabled it. And, hey, we can’t complain, hungry as we are for hypertext and context in the Internet age we half expect the stories we consume to blossom with a multimedia logic.


Rest assured, that appears to be the treatment that Oxenfree will be getting soon, courtesy of Robert Kirkman and David Alpert’s (both executive producers of AMC’s The Walking Dead series) Skybound Entertainment. Oh yes, Oxenfree will be much more than just a videogame and a movie. Skybound has plans to “bring [Oxenfree] to additional mediums such as film, a web docuseries, merchandise, and more.” Indeed, the first three episodes of the docuseries started rolling out on January 11, ahead of the game’s release today, on January 15.

the transition from videogame to movie could potentially fare well

With all this going it’s about time you got familiar with Oxenfree if you haven’t already, then. It’s a supernatural thriller set on a partly abandoned island in the Pacific Northwest. A group of teenagers head there after dark to throw their yearly party on the beach. But after exploring some of the island’s eerier mysteries, they’re thrown into a confrontation with the paranormal that splits up the group, wreaking havoc on what they hoped would be a good time. The game is largely guided by conversation between characters as they move from place to place on the island, driven by clever story and dialogue that Night School Studio smartly placed at the core of the experience.

Given that Hines and Krankel of Night School Studio both cite films as key thematic touchstones for Oxenfree’s narrative—they name-check The Goonies, Stand By Me, and Poltergeist in the first docuseries episode—the transition from videogame to movie could potentially fare well, but all of that remains to be seen. For now, those interested in a spark of teenage drama and a spooky paranormal mystery would do well to check out the game.