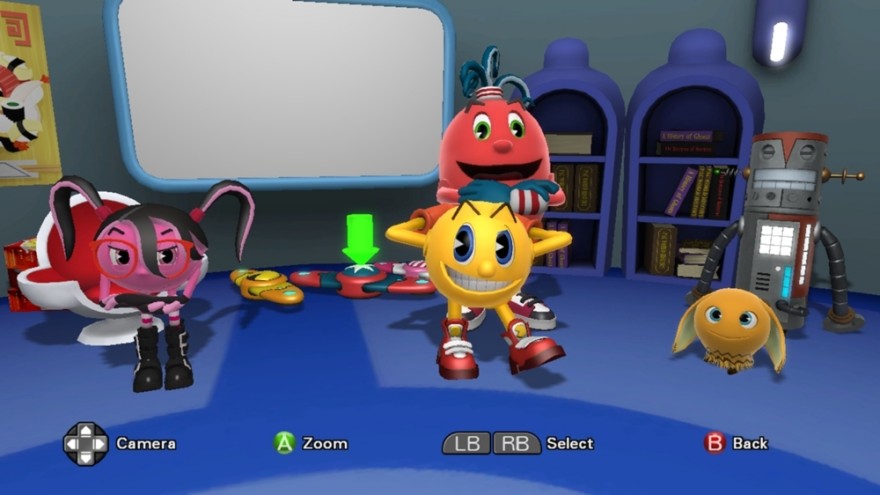 A couple years ago, I was in Denver visiting my sister, and I dragged her out to one of the Mile-High City’s up-and-coming barcades. It was a glorious affair, its dingy interior drenched in the colorful glow of monitors, its counters sticky with equal parts high-end cocktails and cheap beer. The selection of games was a wonderful mixture of classics from the golden age of arcades and newer, flashier cabinets. As I closed my eyes and listened to the thrum of electronics around me, I could almost believe I was back in the ‘80s.

It was at the heart of this arcade that I first encountered Pac-Man Battle Royale, with its luxurious horizontal cabinet and its speakers booming the sounds of dots being consumed and ghosts fleeing in fear. Battle Royale, appropriately enough, allows four players to go head to head against each other, wagering their own quarters against their opponents’ in an attempt to eat each other before they are themselves eaten. It’s a simple, furiously quick experience, often over in less than a minute, and that evening we dropped quarter after quarter into the machine, each of us swearing that the next round would be the one in which we emerged victorious. It is an experience I heartily recommend.

Outside of an arcade, Pac-Man Museum is the only place that you can play Pac-Man Battle Royale—in fact, this might just be the strongest selling point of the newly released compendium of all-things-Pac-Man. Seeing that it was on the list of included games, I eagerly assembled some friends on my couch, handed out the controllers, and attempted to recapture that arcade magic. 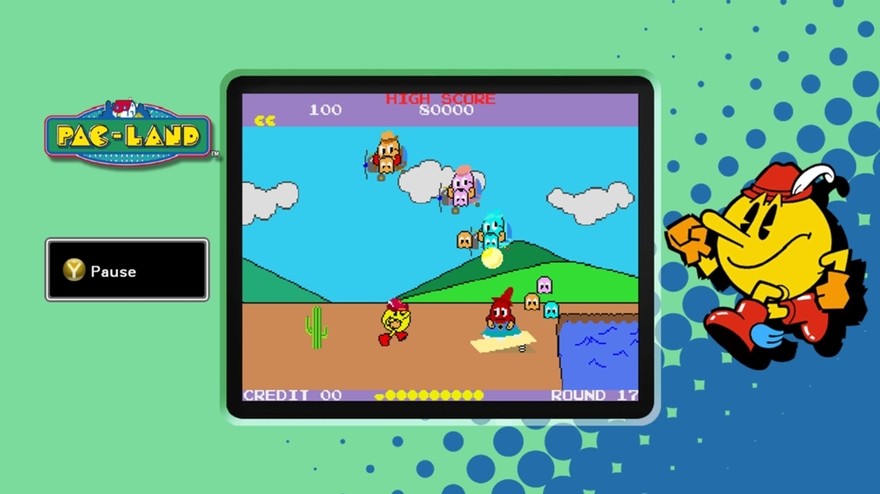 But something was different in the stark light of my living room. A couple rounds in, one of my friends, trying to be diplomatic about it, asked if I thought I had enough material to complete my review. I looked at her for a moment and told her that I had.

Was it the fact that a large, seemingly unnecessary border took up much of the television screen and made the playing field considerably smaller than the sizable arcade monitor? Was it the fact that we were seated on a couch together facing the TV, rather than staring across a flat surface at each other with steely glares? Was it the fact that nobody’s quarters were on the line, and so there were no stakes?

Whatever the case, Pac-Man Museum’s primary exhibition loses something intangible when it’s brought in from the wild, and the other, lesser exhibits have fared no better. This is a shame, because Pac-Man deserves a full, canonical celebration. When it first arrived on the scene in 1980, it took the momentum created by Pong, Space Invaders, and Asteroids and triggered a full-scale arcade boom. Within two years of its release in 1980, it had spawned a Top 10 pop single, an animated TV show, a boardgame, and more merchandise than one could catalogue. To this day, if you were to ask people on the street, Family Feud style, to “name an arcade game,” Pac-Man would likely be the first name on their lips. The original Pac-Man remains the most successful coin-op arcade game of all time.

This rich history, this cultural movement, this evolution of the King of Arcade Games would make for a fascinating museum exhibit. But Pac-Man Museum capitalizes on absolutely none of it. The vertical orientation of classic arcade cabinets means that most of the games in the collection will be using less than half of your widescreen TV or monitor. This would be a little more forgivable if some love and care had gone into the user interface in which the games are housed, but it’s functional at best and kind of ugly at worst. For reasons unbeknownst to me, it’s impossible to pause with the Start button in Pac-Man Museum. It’s been mapped instead to a different button.

The games themselves range from classic (Pac-Man) to mediocre (Pac & Pal, Super Pac-Man) to forgettable (Pac-Man Arrangement) to somewhat amusing and novel (Pac-Mania) to truly abysmal (Pac-Land). The 16-bit puzzler Pac-Attack is there, but the -Attack suffix just warrants comparisons to Tetris Attack, a juxtaposition for which Pac inevitably comes off the worse.

Probably the best and most entertaining of the bunch is Pac-Man Championship Edition, a clever and compelling rethinking of the Pac-Man formula that deserved the high praise that it received when it was released in 2007. But that Namco Bandai should choose to include the 2007 edition and not the refined and expanded Championship Edition DX+ released three years later is baffling. More confounding still is the choice not to include Ms. Pac-Man, arguably the best Pac-Man experience possible in an arcade, except as DLC. In a collection which seems to endeavor to be encyclopedic, such an omission seems almost hypocritical.

Probably the worst choice in the entire collection is the nature of the unlockable material, the meta filler to keep eating these pellets. In the museum exhibit of my imagination, the list of mini-achievements in each game would unlock a bevy of secrets of Pac-Man’s history—perhaps brief clips of the Hanna-Barbera cartoon, an MP3 of Buckner & Garcia’s “Pac-Man Fever,” art from the side of the arcade cabinets, an explanation of Ms. Pac-Man’s origins as an unauthorized “enhancement kit” for the original Pac-Man that was to be marketed as “Crazy Otto.”

Instead, Pac-Man Museum allows you to unlock objects and characters to fill up the “Pac Room,” a small diorama populated with the cast of Pac-Man and the Ghostly Adventures, a currently airing TV series. These characters don’t have any obvious ties to the games in the collection, nor does the Museum offer any real explanation as to why they appear. Two of the items I was privileged to unlock were a reading lamp and a computer monitor. The computer is “used for studying,” the collection explains helpfully.

There is merit in Pac-Man Museum. At least three of the games included are good fun, and there is the same perverse joy in playing Pac-Land and Pac & Pal as there is in wandering through a circus sideshow. As a collection, it is serviceable, if not particularly compelling. As a museum, however, it fails miserably. It’s not edifying, it’s not enlightening, and it’s not tastefully arranged. One would be better off gathering some colleagues, Googling “Pac-Man Battle Royale locations,” and embarking on some research in the field.