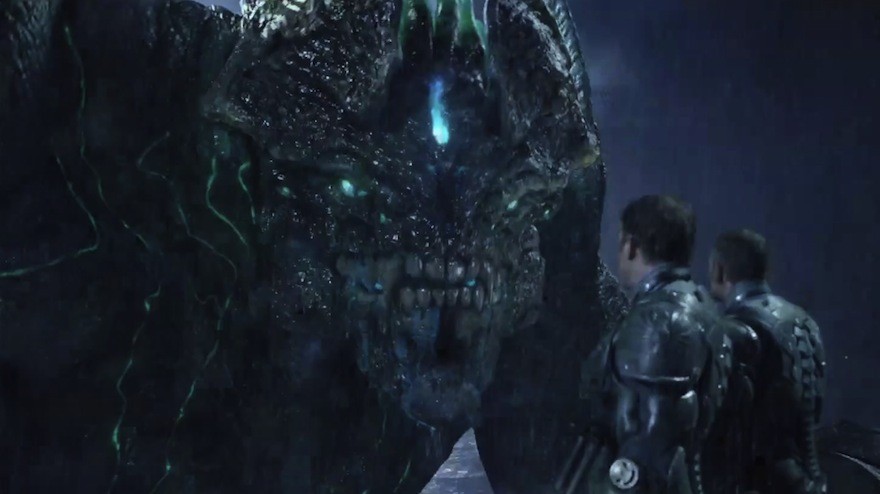 The nominations for the Academy Awards were announced this morning, and by some glaring oversight Pacific Rim failed to receive a nod in the Best Visual Effects category. (However, Gravity, The Hobbit: The Desolation of Smaug, Star Trek: Into Darkness, and Iron Man 3 did.) The film is about ferocious reptilian monsters brawling do-gooder giant robots, so it isn’t too surprising that it was overlooked, but it’s still a shame.

I mean, when was the last time a kaiju movie—or a film featuring giant robots and giant monsters—won an Oscar? True, Tranformers was nominated, but it didn’t win, and anyway that was a major studio production, so the committee had to pay attention. Pacific Rim, not so much. Aside from being a kaiju film with bad guys unoriginally named “Kaijus,” Pacific Rim has plenty going for it, including an acclaimed director in Guillermo del Toro, and a dazzling visual display by Industrial Light and Magic. (Wired has a splendid video on the making of the film if you care to look.)

We don’t mean to stir up the “which games are Oscar-worthy” pot, but maybe giant monster movies and videogames of any kind have a similar stigma. Like Pacific Rim, games can be fascinating documents of visual art and design and engineering, despite what you think of their ability to convey drama convincingly. Still, both have trouble getting recognition they deserve from outside their respective audiences.