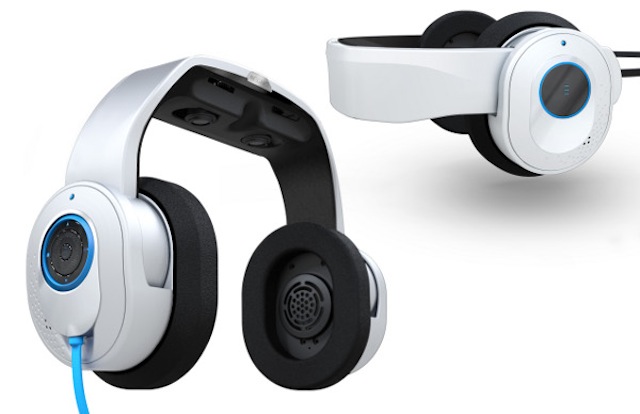 One very cool gadget among a sea of very cool gadgets at CES is this pair of noise-canceling virtual-reality headphones. Yes, that is a thing. The Glyph by Avegant, as seen above, looks like a pair of ordinary headphones, until you tilt them down to wear them over your eyes and viola: virtual freakin’ reality.

The device is positioned as a consumer-friendlier competitor of the Oculus Rift, the virtual reality visor that took the Internet by storm with the promise of low-cost, competent virtual reality you can use at home. The idea behind the Glyph is that it’s cheaper and portable, meaning that you could jack into the matrix anywhere. Just plug them into your phone.

What the portable nature of these visors shows is that virtual reality has potential to become a widely-used technology, and not just some exotic experiment. While it’s not likely that the Glyph performs as admirably as the Rift, given it’s limited 45 degree viewing radius, there are things to be excited for. Namely, virtual reality is starting to actually look like something you’d theoretically wear in public—or at least in front of a significant other. If you’re lucky someone may mistake it for Google Glass.