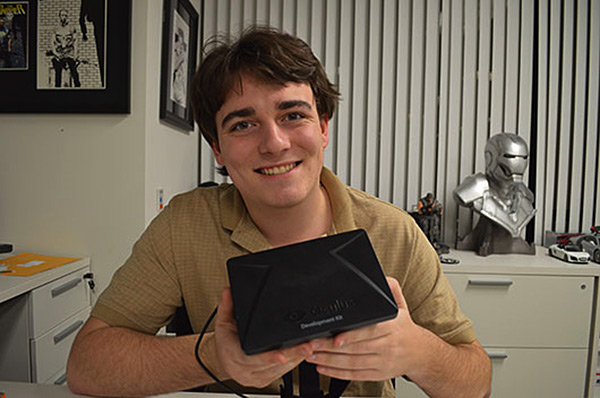 At present, consumer-grade virtual reality is largely focused on putting you in a game space and blowing shit up, but it may one day be used to sate our appetite for luxury goods like Dior handbags and Audi R8s. That’s what Oculus founder Palmer Luckey said at an expo in California recently, getting all futurist about how widespread VR entertainment has the potential to make the world a better, less consumerist place.

The gist of his idea is that while there is a scarcity of stuff in the real world, in VR anyone can drive a Porsche. “If virtual reality was perfect, then it’d be easy to say, ‘oh well it’s absolutely identical to real life,’ then you’d be able to save a lot of these problems,” he reasons, going on to say that especially people in less privileged countries would prefer VR to their otherwise drab and impoverished lives.

Hmm… not too sure about that.

Via Road to VR