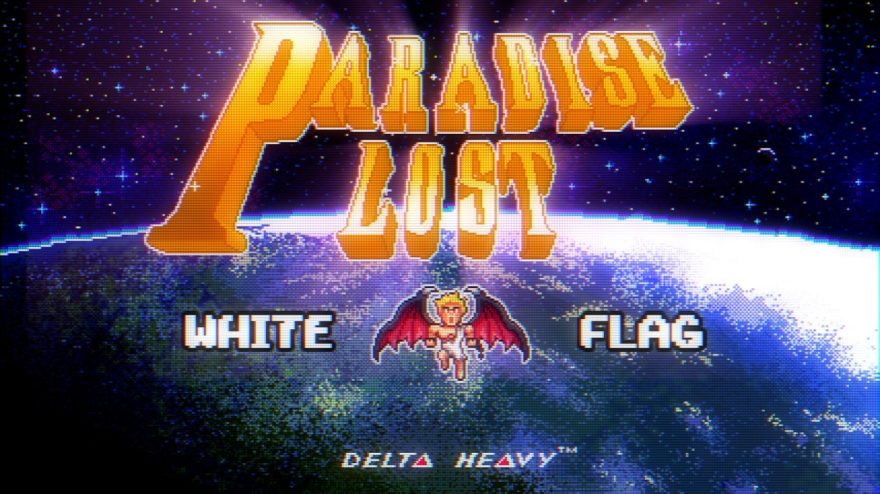 The SNES JRPG aesthetic has always had a certain charm. From chiptune album covers to horror stories about haunted game cartridges, many artists seem to gravitate towards the pixel art found throughout Nintendo’s RPG releases of yesteryear. What appears as a simple solution to the console’s limited system RAM actually presents a design style capable of extremely complex and fascinating artwork. Just take a look at the gorgeous backgrounds seen in Tales of Phantasia (1995) or the character design behind Square’s Chrono Trigger (1995).

Perhaps most beautiful of all is Satan’s descent

“‘White Flag’ is about letting your guard down in love,” said director Najeeb Tarazi, who previously worked as a technical director on such movies as Toy Story 3 (2010) and Monsters University (2013). “I wanted to try turning the myth of Paradise Lost on its head and tell a story where Satan apologizes after his defeat and seeks a path of love. In reply to Satan’s apology, God brutally punishes Satan again.”

The SNES twist on Paradise Lost oddly mirrors many of the religious themes found in JRPGs during the ‘90s. Shin Megami Tensei II (1994) has the character YHVH, a metaphorical creator figure (and villain) who seemingly represents fundamentalist Christian interpretations of an authoritarian God. Whereas Nintendo’s Earthbound (1994) features a classic ending sequence where the entire world prays for the strength to defeat the evil alien invader, Giygas.

Nonetheless, Tarazi’s take on Paradise Lost is absolutely gorgeous. Characters such as Beelzebub are represented in striking palettes of bright red and grey, whereas God is portrayed as an all-powerful—yet oddly majestic—mother figure hovering in the distance. Perhaps most beautiful of all is Satan’s descent, as he falls from a light shaft in space and trickles down to Earth amidst bustling clouds parting between the stars.

Check out the music video first-hand over on YouTube and head over to Tarazi’s website for more of his work.