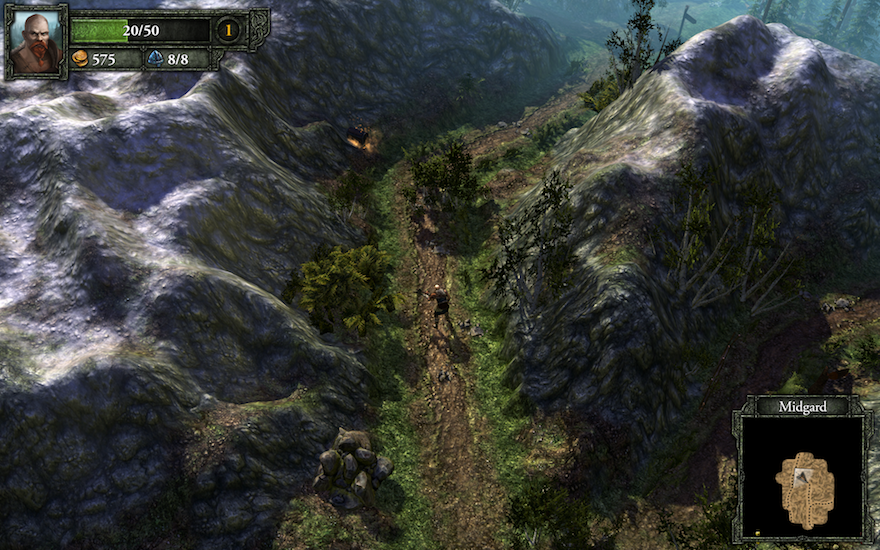 Understandably, wargame fans among our readership might still be bummed out if they didn’t make it to Paradox Con 2014 in Miami last week. But the trailer for Runemaster—the (likely strategic) RPG with incredible storytelling potentiality that Paradox Interactive announced at the party (and by party, I mean as far as a bunch of PC enthusiasts gathered together to play historical wargames can be considered a party)—will cheer you right up.

While the trailer is not very informative, you can gather there will be roleplaying, and Norse mythology, and settlements, and a forester with a wolf in the wilderness. Rock, Paper, Shotgun is reporting that an important part of playing will be bringing  about, or preventing, Ragnarok, a.k.a. the twilight of the gods, a.k.a. the Scandinavian Apocalypse, depending on how virtuous or conniving you’re feeling.

Coming from the creators of the highly respected Europa Universalis 4, expect it to be special. In our review of its new DLC Conquest of Paradise, Eric Friden called that game “a story generator [that] rewards play with. . . grand, alternate histories.” And in Paradox’s Crusader Kings 2, a strategy game set in the Medieval period, all kinds of crazy, unexpected shit can happen, like birthing the child of Satan. We’re talking a Dwarf Fortress level of complexity. While the trailer is not going to win over new converts, those who are in the know should be excited.