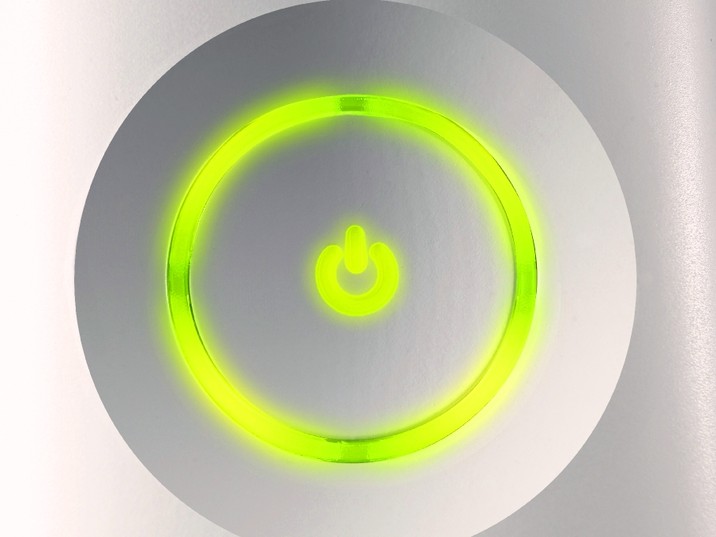 The pace of technology has an interesting property: mostly, when we look back at what happened in the last ten years we say: “No way can this much happen in the next ten years.” Then, almost always, ten times as much happens. Ray Kurzweil calls this the “Law of Accelerating Returns,” it says that as technology advances, the rate at which it advances becomes quicker. It’s not flawless (cars, for example, still operate pretty much the same way they did 100 years ago), but for many things it is eerily correct. Computing power, for example, grows along an almost perfectly exponential curve.

It leads to some funny conclusions. If technology keeps moving forward like this, a time will come when revolutionary inventions will come every year, or every month, or every day, until we reach a singularity, a point when technology grows so quickly that we cannot hope to predict what the world will be like after it. Presumably, we will be so affected by this new technology that we can no longer call ourselves human. Kurzweil’s guess it’ll be 2045 when, if the growth of computing power keeps on growing in the way it has, a computer can have the equivalent power of all human brains combined.

Hold that thought for a little bit while I talk about Xbox.

“We are going to immerse people in deep entertainment experiences that let them have serious fun in ways so intense and delightful that they will blur the line between reality and fantasy.” —Steve Ballmer

For its time (2001) the Xbox was a big step forward from one-purpose game consoles, with an internal hard drive for music and game saves, and Xbox Live: the service that popularized the concept of a console with an online community.

Four years later, the Xbox 360 continued the trend towards convergence—users could buy and download games, stream movies and TV shows and play online games, all while communicating with friends and strangers via voice or text chat.

Now, in 2013, the Xbox One combines television, streamed digital content and any kind of media playback you would want, and it can communicate with Smartglass devices around your home.

Its real goal was taking over our entertainment.

Nilay Patel wrote a piece for The Verge, calling the Xbox One the “Trojan Horse” of smart television. It snuck in to our living rooms under the guise of gaming, but its real goal was taking over our entertainment. Microsoft wanted to go even further with the Xbox One, making the console more online and more digital, but consumers rejected it. “People just weren’t ready to make that leap,” said Albert Penello, Microsoft Senior Director of Product Management to Engadget. “We just think that’s the way the future is going to go.”

I don’t think Microsoft has ever used the term “convergence device” for the Xbox One, but that hasn’t stopped everyone else from doing so. They have, however, not made any qualms about where they want this to head: a single user experience, from wake to sleeping, all within a cozy, Microsoft environment.

Microsoft no longer calls itself a software company.

Steve Ballmer—the soon-to-leave CEO—has spent the last few years reforming his company, preparing it for the future. In 2012 he announced that Microsoft no longer calls itself a software company; they are in the business of “Devices and Services,” and they want to control everything from hardware to software, at home and at work. In 2013, Ballmer released the “One Microsoft”-memo, combining all of the different parts of the company into one whole—where all engineers and all PR work together across products. In one of his last official announcements as a Microsoft CEO, Steve Ballmer said he believed this strategy makes the company “well-positioned to deliver growth and world-changing technology long into the future.”

“There will always be ignorance, and ignorance leads to fear. But with time, people will come to accept their silicon masters.” —Bill Gates

Since Microsoft now calls itself a device company, it seems like a matter of time before they make a screen—a television that comes with an Xbox and a Kinect built in, combining all living room entertainment into one Microsoft unit.

Give them a few more years, and they will have found a new way to take input from you—since mind-controlled prostheses and computer interaction is pretty much already a thing, it will probably be a neural interface device. Just like the Kinect, it will be shonky in its first generation, sell extremely well, and then be a central part of all future generations of Microsoft hardware.

Given time (and some already ten-year old technology) that communication will be able to go both ways, allowing information to pass directly to the users brain, bypassing sensory input and replacing it with output from an Xbox—just lie in bed, close your eyes and let the entertainment flow over you.

Microsoft seems intent to be there and take us all the way to the singularity.

We live in extreme times, and extreme things might happen—capitalism might fall apart, global war might break out, the climate systems might collapse, etc.—but barring that, the Law of Accelerating Returns will keep running, bringing new revolutionary inventions every year, every month and every day. Microsoft seems intent to be there and take us all the way to the singularity, helping us “unleash human potential,” as Steve Ballmer would have said.

Then, the first people that forsake physical reality will do so under the green, homely light of an Xbox logo; shedding their bodies in exchange for a virtual life, existing in a permanent state of entertainment and communication.