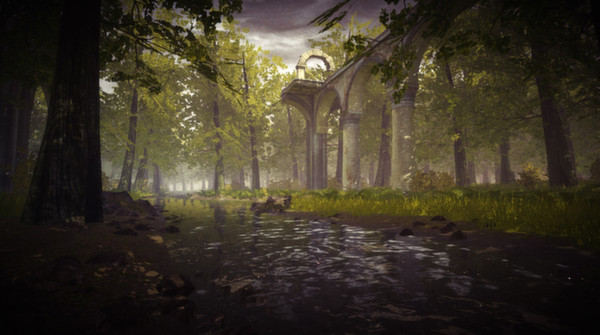 Few things seem more maddening than being trapped inside your own mind. As revealed on an episode of Radiolab a few years back, coma patients often aren’t left in just blank unconscious like we imagine them to be. In the case of Emilie Gossiaux, who suffered a deadly collision with an 18-wheeler, she found herself in a netherworld of fear, hostility, and darkness. Through a miracle, she sometimes managed to communicate through this netherworld to the loved ones around her. She’d ask them to “pull her out of the wall” and begged them to help her escape the hostile dark over and over again.

Mind: Path to Thalamus is the story of a comatose father who cannot escape his inner world of regret at the loss of his daughter, Sophia. “How many times will I kill her?” the teaser trailer asks, over shots of fantastical but often chaotic landscapes. Mind is a first-person puzzler, where the player must manipulate natural elements in the environment, like fog and weather patterns, in order to try and escape back to reality. The world of the protagonist’s tortured mind cycles through both day and night, while also containing different “worlds of water and ice that directly relate to his emotional state at each point in his journey.”

Mind was created by Carlos Coronado and is the spiritual successor to an earlier, ultimately abandoned project called COMA. The subtitle, Path to Thalamus, refers to the part of the brain that controls consciousness–the place all comatose patients must struggle to rediscover.

You can download Mind for your PC on Steam at a 15% discount during its first week of release, ending on August 12th.