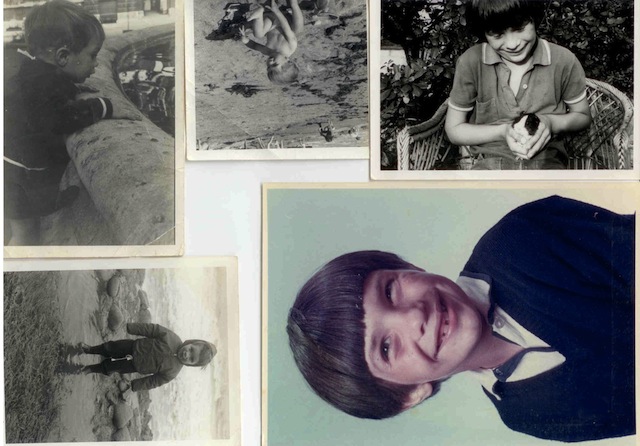 Here we talk to the CEO of Stainless Games, Patrick Buckland. Programming games and other software for his entire career, Buckland cofounded Stainless in 1994, working on Carmageddon and its sequel. More recently, he has coded downloadable titles, including the popular Magic: The Gathering – Duels of the Planeswalkers. The company has now reacquired the rights to the brand and is working on Carmageddon: Reincarnation, which was funded on Kickstarter this week.

In Greenwich hospital, in London, but my parents moved down to the Isle of Wight when I was only two, so it’s what I consider as “home.” My parents didn’t fancy bringing up two children in London in the early ’60s, which was still a pretty rough place back then. My mother was purposely kicked in the belly by a young lad when she was pregnant with me, so that was the final straw. (It could also explain quite a lot…)

They were both teachers. My dad taught classics at Harrow, and my mum was a primary school teacher. My dad was also a classical composer of some repute, and was Vaughan Williams’ protégé. He also knew the likes of Samuel Beckett, Siegfried Sassoon, and many other literary and classical music characters. All before my time though—I missed out on all this. Of course I don’t hesitate to namedrop whenever I can, like I’ve just done. My father’s side is a pretty interesting family tree—I leave it to the reader to look up William Buckland and Francis Buckland on Wiki. They’re my great-great-great-great uncle and his son. The family resemblance (both in terms of visuals and eccentricities) is quite startling. William ate the mummified heart of Louis XIV, don’t you know? Not a lot of people have that sort of lunacy in their family.

Seriously though? Mediocrity. In every sense. It scared the crap out of me and still does. I want life to be rich and full and vibrant. If I walk into the room and a soap opera is playing, it drains the soul from me like a vampire’s bite. (And yes, I am a dreadful snob!)

What was your favorite outfit?

The relationship between me and clothes is a bit like that between the English populace of 1940 and Adolf Hitler. We’re just not on the same wavelength. So my favorite outfit was and is the one that keeps me warm. I was of course bullied at school for looking like a pile of old sacks, but so be it.

Always an engineer—which is what I ended up as. I loved science and maths and making things. For years I wanted to get into electronics, but then computers touched my life just as micros were becoming available (I’m talking ’78 here) and I was hooked. I always planned to run my own company though, even from a really young age. I’ve always been driven, much to the irritation of my long-suffering wife. I can’t even do a DIY project without running it like a fully-scheduled engineering task, complete with milestones! Oh, and of course I wanted to be a racing driver. No really—I actually have petrol running through me, I’m sure of it. I’m obsessed with cars.

What kind of art did you make?

Technical, really. I’m not a good artist, but my technical drawing is OK. At primary school I used to love drawing pictures of the combine harvesters that worked the fields around my house during the summer holidays. It was all the exposed pulleys and belts they had back then—an inside-out machine. How cool was that?!

My freehand art is legendarily bad thanks to the placeholder images for Carmageddon being shipped on the disk and getting out into the community. Although I just searched the net and couldn’t find it anymore. I suspect that Google has blocked it into order to prevent retinal and psychological damage to the innocent: it really was that bad.

What was your least favorite childhood game?

Any kind of sports. I hated them all. My mate Alan and I once got in trouble during a softball game for sitting in outfield making daisy chains—literally. (We did it just to wind the teacher up—it was the most un-macho thing we could think of doing.) I was always the kid left until last (even after the ubiquitous doughnut boy that every class seemed to possess) when it came to picking from line-ups before football. The only game I enjoyed at school was hockey, because they gave me a weapon. But then I got sent off for being too dangerous!

Later on in life I’ve become the complete opposite, thanks to marrying somebody who was the opposite to me—she still held many school records long after leaving. I still play badminton every week and now see what I missed out on at school. I blame the teachers—P.E. teachers are all the same. Useless wannabies who don’t have a real subject to teach, so they reinforce their dented egos by bullying and sadism. Every P.E. teacher I had in every school was the same. Nazis, the lot of ‘em!

Yes, “Batwick,” because my disabled brother could not pronounce “Patrick.” That’s stuck and is still used now, by my friends, work colleagues, wife, and occasionally even my mother. When I used to race destruction derbies I was “Moose.” Lots of people I bump into in the street—even 15 years since I last raced—still know me by that.

What were your childhood fantasies or daydreams?

Other than motor-racing or being a millionaire entrepreneur by the time I was 20 (neither of those worked for me then, eh?!), it was anything to do with Apollo. I was obsessed with it. I can still remember Armstrong’s first steps like it was yesterday, even though I was only five.

We had an old caravan in the garden and I converted it into my “command module,” mounting the controls from an old washing machine and other knobs and buttons all around me. I could lay there for hours on my back, fantasizing about being an astronaut. Very fond memories.

Interestingly I’ve rekindled this in recent years and am currently reading my 15th book on the Apollo program. I can remember being stood outside my kitchen door, looking up at the moon and thinking to myself, “Wow, they’re up there, right now.” That personal connection, however tenuous, never goes away.

Pong, of course. And then Breakout. I built my own cartridge-based console (this was pre-Atari VCS) from a kit when I was in my early teens. I first saw Space Invaders in a bar in Italy during a school skiing trip, but it didn’t do it for me, as it looked too silly. I preferred the abstract appeal of Breakout. Galaxian was different—I was gobsmacked by it. By then I was already writing my own games on my Apple II that my granny gave me when I was 15, so to be honest, some of my earliest experiences were actually from games that I created myself! I’m not saying they were any good of course, but it was great when I was still doing it in BASIC as if I didn’t like something in the game—even halfway through playing it—I could just edit the code and carry on!

You can’t do that in Skyrim.

Although that said, there are some movements in this direction now, aren’t they? But that’s another story…