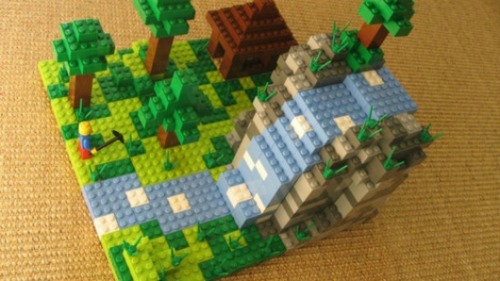 A few weeks back, some interesting photos surfaced of a possible lego theme inspired by the legendary indie game title Minecraft that finally saw its official release in November. The idea was posted on the Lego Cuusoo website, which allows fans to post ideas and vote on new Lego  themes.

Minecraft developer Mojang must have taken the suggestion to heart, because Lego Cuusoo announced the plans for an official Minecraft Lego set. Mojang’s business developer Daniel Kaplan later confirmed in a tweet “We are working directly with Lego to make this happen.”

All I can say is: get building.