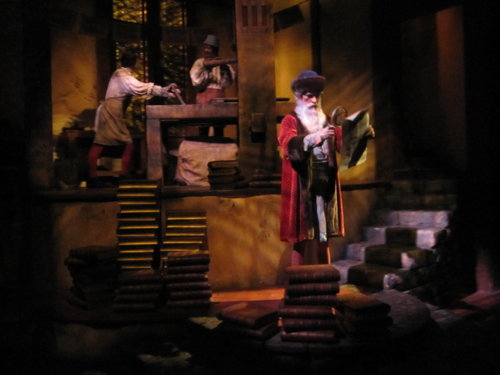 The Washingtonian has a fascinating profile of Gene Weingarten, the only person to have won the Pulitzer Prize for journalism twice. He’s the best journalist in America, and he also might be the craziest-he once lied to his son about having a dead sister to explain why he wasn’t wearing a seatbelt. Tom Bartlett, the piece’s author, explains Weingarten’s insane brilliance by delving into his most celebrated article, a piece on a children’s magician named The Great Zucchini:

It’s not an immediately promising premise. The story is about a local children’s entertainer who is successful but disheveled. Forgettable fluff? Weingarten acknowledges as much in the story by including a conversation he had with a woman at one of the Great Zucchini’s shows. “You’re writing a story about him?” she says. “I mean, are you that desperate?”

She wants to know if there’s a hook. Weingarten assures her, and readers, that there is but that “it’s going to take some time” for the hook to be revealed. As the story unspools, we learn that the Great Zucchini, also known as Eric Knaus, is a troubled genius, a man with a nearly magical ability to connect with children, but also a man who is, by most adult standards, a complete mess. He earns six figures but has no idea where the money goes. His apartment is a wreck-the only food he has is a jumbo box of raisin bran. He’s afraid of commitment. His driver’s license has been suspended. All his appointments are in one book that, if lost, would likely ruin his career.

Weingarten writes: “I’ve known other men who approach Eric’s level of dysfunction, including myself.”