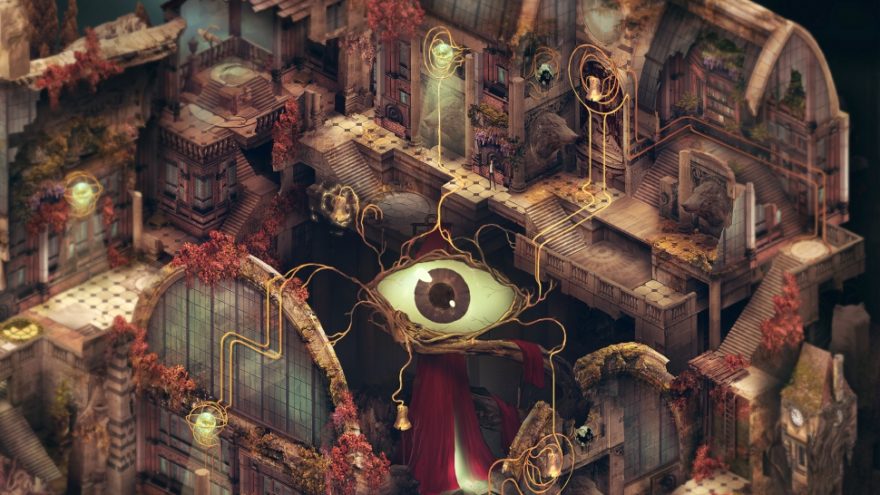 Visiontrick Media has revealed that its “fourth-person” puzzle adventure Pavilion is getting eye-tracking controls. The studio teamed up with eye-tracking specialist company Tobii to develop a way for the game to be played solely with your gaze—no keyboard or mouse needed.

This is, obviously, a big help for people who have disabilities that make using a keyboard or mouse difficult. The only catch is that you will need a Tobii EyeX Eye-Tracker device in order to play Pavilion with your eyes. But the good news is that the device does work with a bunch of other games including The Division, Watch Dogs 2, Deus Ex: Mankind Divided, and Assassin’s Creed Syndicate (2015).

eye-tracking almost ties in with its themes better

As you might expect, Pavilion has been tweaked slightly in order to be played with eye-tracking, but not much. As Tobii demonstrates on its dedicated webpage, Pavilion‘s in-game camera tracks out when your gaze reaches the edge of the screen in order to show you the full picture so you can navigate its architectural mazes. The other tweak is that your gaze will trigger reactions from objects that you can interact with. From there, you stare at the object for a second or two and it will perform the action tied to it. Seems pretty simple.


If you’re not familiar with Pavilion, then the one thing I’d say is that having eye-tracking almost ties in with its themes better than using another control method. It’s a game about guiding a man through a labyrinth, but you don’t control him directly, instead you use bells and lights to encourage him along a certain path. It’s a game that places you as an invisible omnipresence that has limited interaction with the world—you stare down upon it like a god with telepathic powers. Controlling the game with your eyes should reinforce that distant position you uphold in the game.

One last thing: you’ll need to make sure you get the latest update for Pavilion on Steam, and once you have, you should be able to activate Eye-Tracker in the options menu.

You can find out more about Pavilion on its website. It’s available to purchase for PC, PlayStation 4, PlayStation Vita, and the NVIDIA Shield.