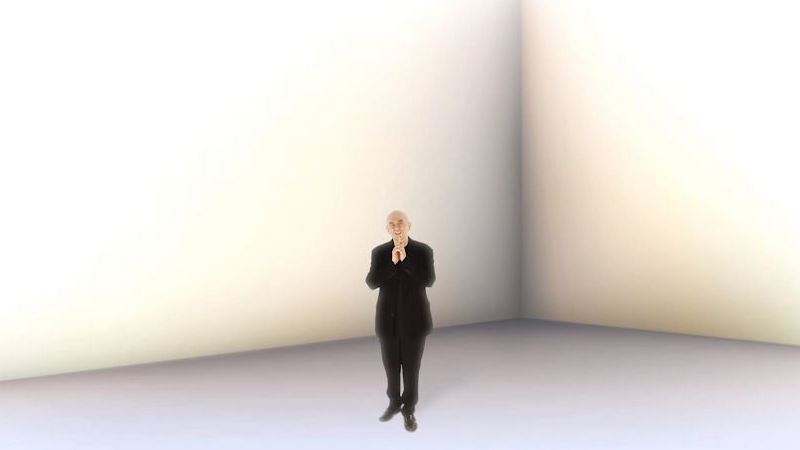 One of the signs a great provider may be looking down on us (or up at us) is that moment of synchronicity too perfect for coincidence. Sunday morning I opened my Twitter account and read these two messages, from two very different worlds, back to back: 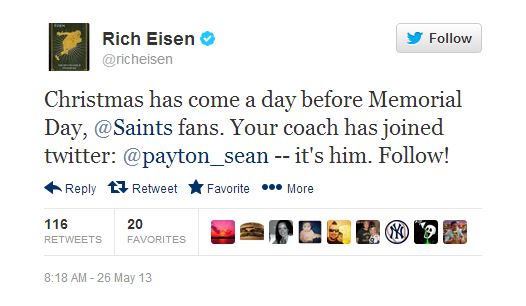 One is a sports analyst who shares my alma mater. The other is a designer with the nickname “Curry Thunder” who I interviewed once about the future of games. And here they are, both ascribing a faux-messianic level of importance to two very different events: a pro football coach joining a social network, and the fallout from a game/experiment by Peter Molyneux that has finally been cracked open after long, fruitless anticipation.

All of which goes a long way in telling me one thing: Our capacity for connection has made those links so flimsy, yet so accessible, that we obsessively seek out their importance even in a vacuum of meaning. Perhaps more damaging is the inverse: When we can’t see the importance so baldly visible, we cut it down with a million little anonymous swipes. That we can now engage the unseen multitudes distorts these interactions into confusing claims for legitimacy. Such large-scale control was never meant for individuals; we made up deities for a reason, to take the pressure off. Now any of us can play god. The effects are so numbing and pervasive we have no idea the extent of its damage. 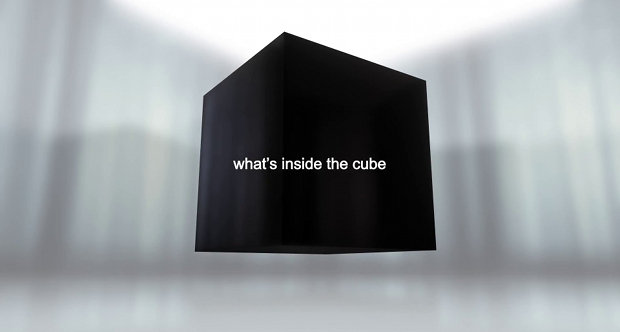 But let’s back up. Curiosity is a project by studio 22 Cans, lead by Peter Molyneux, he of Populous and Fable fame. The former had you playing God by shaping the contours of the Earth and directing its “populace” in order to thrive or cause ruin. The latter gave you control over a young child in a fantasy world, leading them through maturity and old age and deciding throughout the course of a lifetime what kind of person you would end up being. Molyneux is no stranger to behavior manipulation as a core tenet of gameplay.

Molyneux is no stranger to behavior manipulation as a core tenet of gameplay.

His latest conceit is his most focused embodiment of that philosophy. By stripping away all those “game-y” conventions–action, independent movement, mission objectives, character development–what was left was Curiosity: A giant cube comprising billions of smaller cubes, with a single object waiting at the very center.

Available since November 2012 on the App Store, the free download gave you access to the same massive pinata; all you had to do was tap to chip away. More tapping earned coins to trade in for more powerful chipping tools. Layer by layer, block by block, strangers across the world worked together to uncover the secret hidden at the cube’s core, which Molyneux promised would be “something life-changingly amazing.” The message would be revealed only to that person who broke through the final piece.

Early on Sunday morning, word spread that the center had been reached. The winner was somewhere in the United Kingdom. Hence all those jokes pontificating on what awaited the lucky recipient. (Imagine some combination of severed heads, dog turds, and the mundane and you get the jist.)

Ian Bogost expressed jealousy that Molyneux “made a more boring clicking game than I did,” referring to his 2010 Cow Clicker, a satirical Facebook game meant to showcase the shallowness of such fare as FarmVille before becoming wildly popular itself. Three years later we’re seeing the same cycle of attention and dismay, though the satire is less transparent. That same thing we hate drives us to distraction; this experiment, so ridiculous, is intoxicating: we can’t look away. What’s inside? Why should we care? What’s inside?

Farther down my Twitter feed (and so previously that day), Richard Lemarchand, who was lead designer at Naughty Dog (Uncharted) and now is a professor at the University of Southern California, posted this breathless message: “Last layer of #Curiosity!” He attached a Vine, that short looping grainy video recorded for the explicit reason to be shared, depicting he and three other gentleman frantically tapping a single iPad, breaking blocks in rapid-fire. The scene is hilarious, then horrifying, then just another blip soon lost among the noise. They didn’t tap quickly enough. The game designer and cohorts were out-gunned by an 18-year-old, wiling away his time before stumbling unknowingly into this trap set for one, ensnaring us all.

Later that day, the center of Curiosity’s cube is revealed. There stands a holographic Peter Molyneux, recorded to appear inside his creation’s hazy interior, his voice echoing from within the fake confines of this geometric womb. He explains the prize: a boy from Scotland will decide the rules and moral conventions of 22 Can’s next game, Godus. He would become “a digital god,” reigning over those playing the game. And he’ll even reap material reward, pocketing a sliver of the game’s earnings.

As far as mysterious innards go, I’ve seen worse. That it was, essentially, an advertisement for their next game drops what could have been a genuinely human message into the sour bog of capitalism. But Edinburgh resident Bryan Henderson’s life has drastically changed: that was no lie. Let’s place Molyneux’s somewhere between the average Cracker Jack box and whatever was in that glowing suitcase in Pulp Fiction. The unknown trumps always what is bared open to scrutiny.

But the message doesn’t really matter, does it? Our attention was singular. Derisive, maybe, but there nonetheless. Whether we admit it or not, we wanted to know what was inside. We always will. We can’t not follow along. Especially when everyone else is, too.

To others, their god may well be you.

This endless clicking, this hive-mind attention, this unrelenting desire to know–I guess you could call it curiosity–does this not sound like the gears of the 21st century turning? Rich Eisen’s daily thoughts and bon mots are blasted to over half-a-million people, his followers. Without submitting a single message, Sean Payton, professional coach to a few dozen athletes, earns 2,000 followers in an hour. Thousands now have this tenuous connection to a man they watch on TV. Millions more have tapped for seven months, driven by some unspoken need to find what was left for us in the middle of a LEGO labyrinth. We all subsume to our digital gods. To others, their god may well be you.

Today is Memorial Day in America, where we remember our fallen soldiers fighting for something like freedom. And the day after we’ll be free to do as we wish. Perhaps we will. Or perhaps we’ll click and we’ll tap, waiting for someone to tell us where to look next.