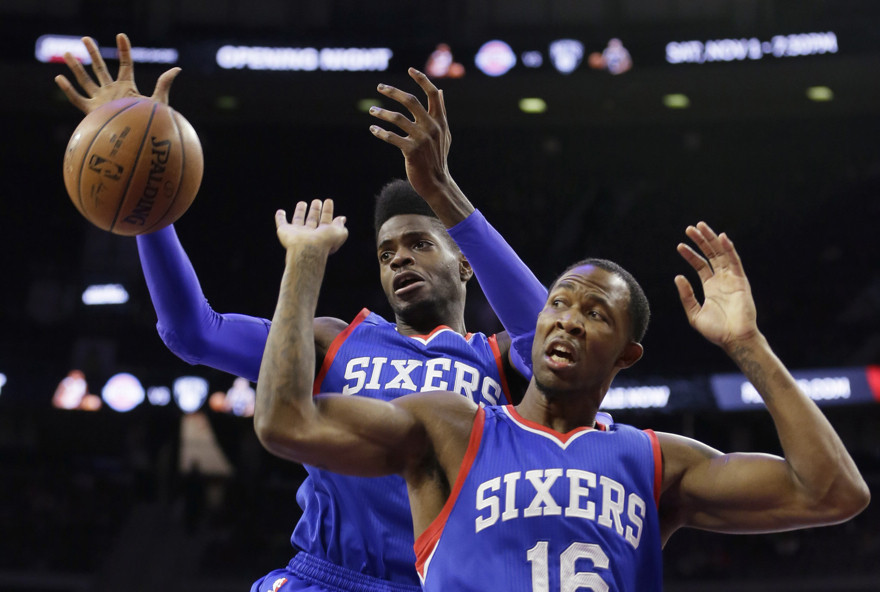 I distinctly remember the moment when my heart could no longer bear Philadelphia sports. It was Joe Carter’s crushing game 7, game-ending home-run over the Phillies who had cobbled together an improbable season with a band of misfits—including irascible centerfield Lenny “Dude” Dykstra, who holds the dubious distinction of both garnering a The New Yorker profile and serving 13 months in jail for, I shit you not, grand theft auto. Clearly a man who understands Kill Screen’s sentimentalities.

Nonetheless, that World Series-winning shot for a team that no longer exists deflated whatever lingering hope I had for enjoying a championship of any kind. It was simply too hard. The Eagles, who have never won the Super Bowl, would always, and still continue, to put up a passable record, enough to grant a semblance of hope that is routinely dashed each year in the Wild Card game or the occasional NFC championship. At the time, Philly was in the midst of the a 25-year long championship drought, the longest of any four-sport city, that would not end until after I had graduated college, a grown-ass man.

In any case, I had long forgotten my hometown’s efforts, and yet Slate’s Jack Hamilton (the ur-name of sportswriters) has warmed my heart with one of the most devilish, and ultimately fitting, strategies every enacted in professional sports. “Sometime during the last 18 months, the Philadelphia 76ers ceased being a basketball team,” Hamilton writes. “And became an avant-garde, vaguely basketball-ish idea.”

“Sometime during the last 18 months, the Philadelphia 76ers ceased being a basketball team.”

Essentially, Sixers generalmanager Sam Hinkie—a Stanford MBA and former Bain consultant (in Australia!)—has sent the basketball team of America’s fifth largest city down in a publicly diabolical experiment. Rather than linger in mediocrity, the Sixers are attempting to become such an undesirable property that it would assure them best-in-class draft picks in an attempt to build a dynasty. “What’s most fascinating about the Sixers is that they’ve literalized pro sports’ championship-or-bust mindset,” Hamilton muses. “This team is, essentially, an experiment in how much abuse fans are willing to tolerate in exchange for promises of a dynasty down the road.”

The idea is simple. Trade away your best players and develop future stars in the interim. (Deadspin joked earlier this year about the Sixers pre-season roster, “Some of these are clearly not people.”) Needless to say, Philly sports fans are divided about the approach, with some positioning themselves behind the messianic #INHINKIEWETRUST hashtag and others deriding the tactic as a disgusting display of unsportsmanlike conduct.

But what’s brilliant is that Hinkie is effectively attempting to exploit a loophole in the meta-game of basketball (one that, as Hamilton notes, is loaded with “ifs” and contingencies). Hinkie is betting that losing, in the NBA, is winning strategy. It’s the same technique got eight badminton players from China, South Korea and Indonesia banned from the London Olympics in 2012 for losing on their round-robin matches to put themselves in better position for the subsequent knockout round.

Those who hate Hinkie’s approach are obviously emotional about physic trauma of the Sixers pacing as one of the worst teams in NBA history, but beneath that is an undercurrent that the strategy isn’t somehow “fair.” That is, in all scenarios, the more honorable thing to do is try one’s best every game, rather than throw in the towel, even if doing so is the optimal strategy.

Dave Sirlin, game designer and author of competitive fighting game handbook Playing to Win, describes games as “as a topological landscape with lots of hills and peaks that represent different tactics/strategies/characters.” He explains that the higher a particularly effective peak might be (say, the newfound importance of the “blind side” guard in football) the more effective that strategy is.

But exploring for these new peaks can be difficult, as it’s hard to ascertain how high it actually is. But once a top is found, that can become the dominant approach. “Playing to win involves exploring. It involves trying several different approaches in a game to see which you are best at, which other players are best at, and which you think will end up being the most effective in the end,” Sirlin writes.

Hinkie’s grand experiment might be a disaster and he may not be able to see it through. But the attempt is something might get me to return to Philly sports once again.