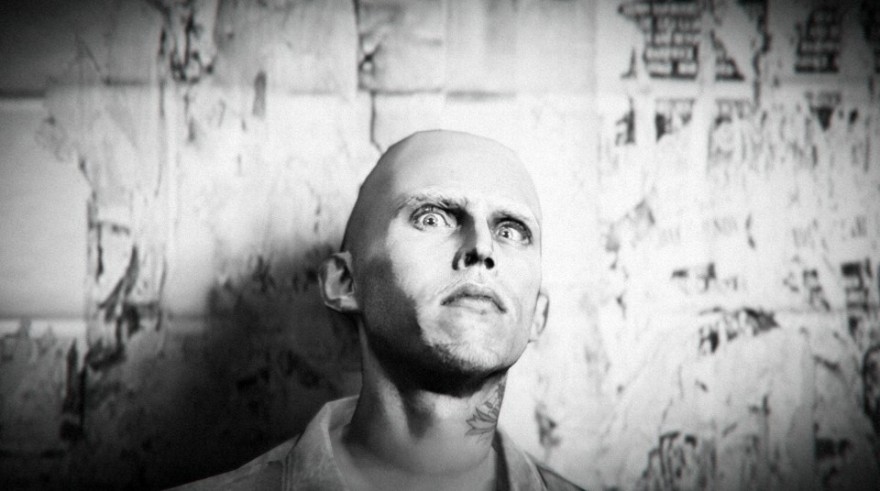 Grand Theft Auto V is an ugly mirror held up to modern-day America, and it’s plenty dark as it is, thanks. But Danish photographer Morten Rockford Ravn has taken to capturing the game’s inherent “existential despair” in striking black-and-white snapshots with the in-game camera phone. It’s an ongoing series of virtual photography that he’s calling “Fear and Loathing in GTA V.”

Ravn further explained to The Creator’s Project that what he’s trying to bring out with his photos is the “darker side of virtual reality.” He describes how he drives around on a motorbike as if Jake Gyllenhaal’s morbid go-get-’em reporter in Nightcrawler, searching for the social critique that development house Rockstar baked into the game.

This may be an image as simple as an upturned shopping cart on the concrete. Ravn’s photo of just that seems to pose us questions: What does this say about consumerism? Or of America’s shopping mall culture? Many of the photos turn their subjects into zombies as they stare wild-eyed and bloodied at the camera, some of them topless, others wearing uniforms and brandishing a gun. Bodies of women in dresses lay in the streets. A man sits between strippers. A homeless person tries to get comfy on a flattened cardboard box.

Many of the faces that Ravn shows us are contorted into a picture of rage, or sit flat on the skull, dull and hazed (probably by drugs). The most terrifying have a thousand mile stare that speaks volumes about the battleground of their daily lives. People run away from each other in fear, through alley ways, across empty airports, into the arms of the law. Others dress up in silly costumes and scary masks as they try to forget the angst in favor of pursuing a purpose: joining a gang, being an astronaut, starting a family. Many of them are turned away from us in limp postures while weeping.

“fiction is often the best fact.”

Ravn’s allusion to Hunter S. Thompson’s novel-long recount of a drug-washed trip across 1970s southern California in Fear and Loathing in Las Vegas through the title of his series is appropriate. Thompson famously dropped pockets of surrealism in among the truth as he led an early critique of the 1960s counter culture and the pursuit of the American dream, reasoning that “fiction is often the best fact.” While an absurd notion, Thompson’s idea was to tell it like it is with the facts, but to then drive the point home with a satirical uppercut of fiction.

This is a model that GTA V has always resembled. It’s a sandbox that mixes in reworked events and characters from reality into its virtual satire. Ravn does nothing special other than let it all play out in front of him, having his in-game character periodically point a camera at the the most desperate scenes, taking a snapshot, itself an act that reflects our obsession with recording what happens in our lives and everyone else around us.

You can see Fear and Loathing in GTA V and all its snapshots on its website. 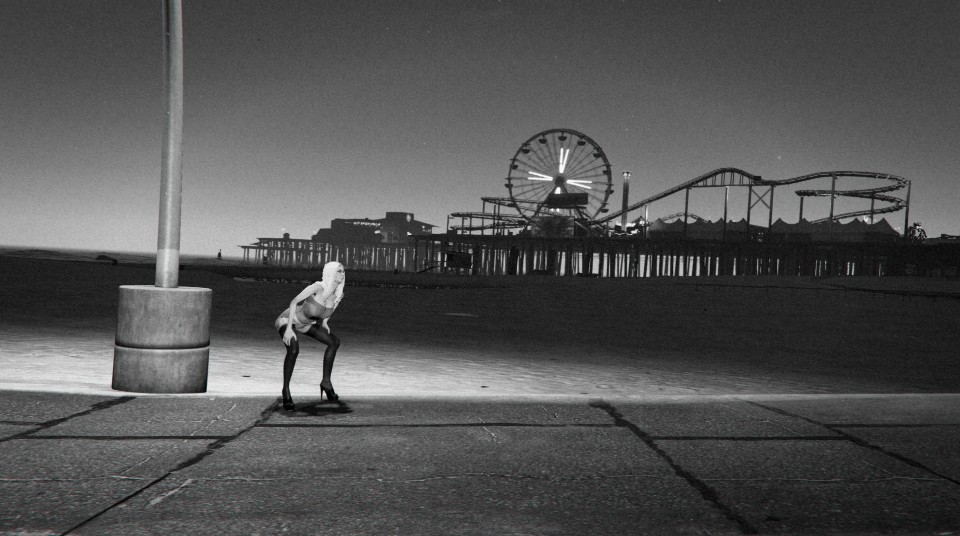 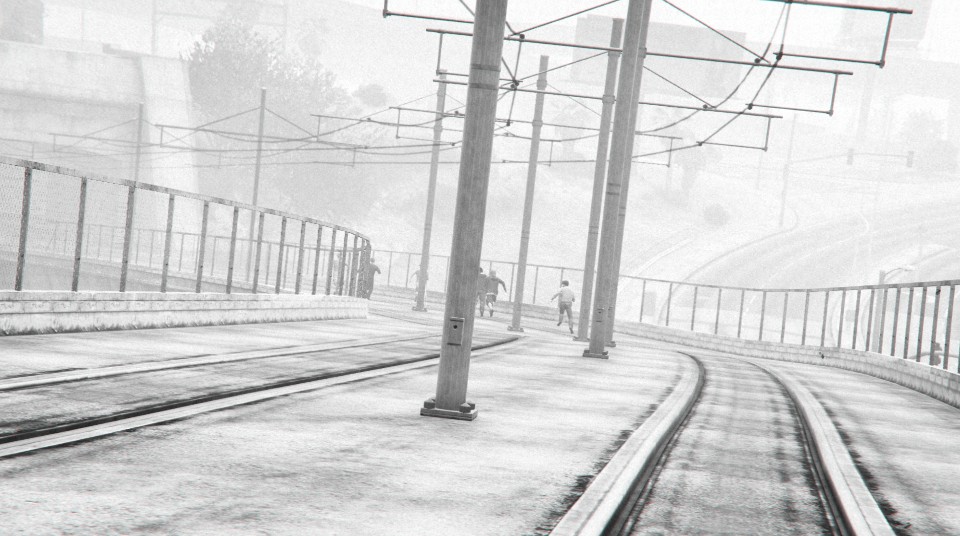 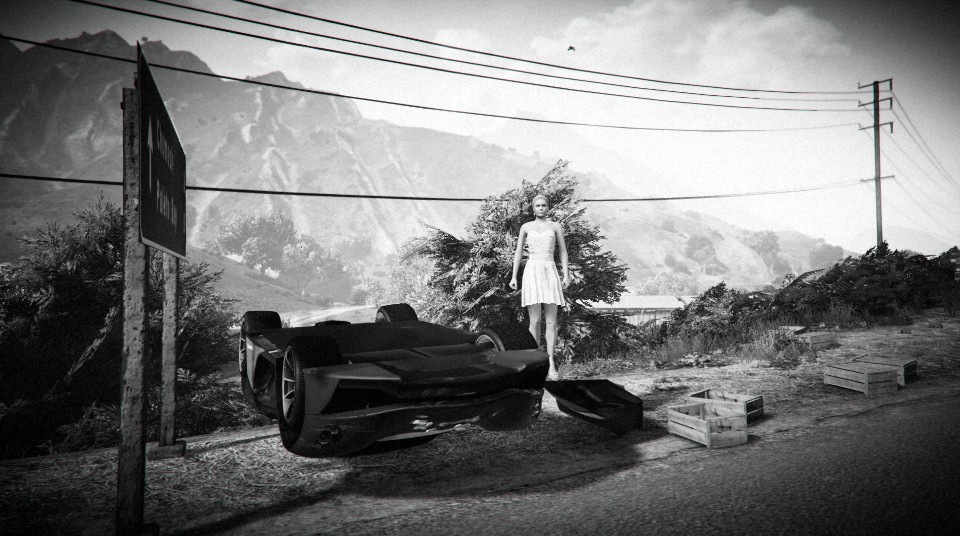 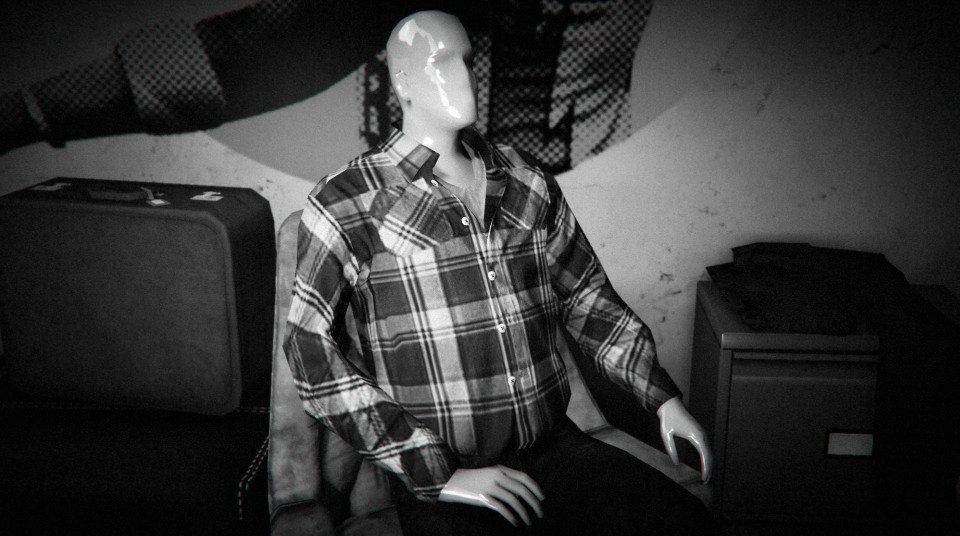