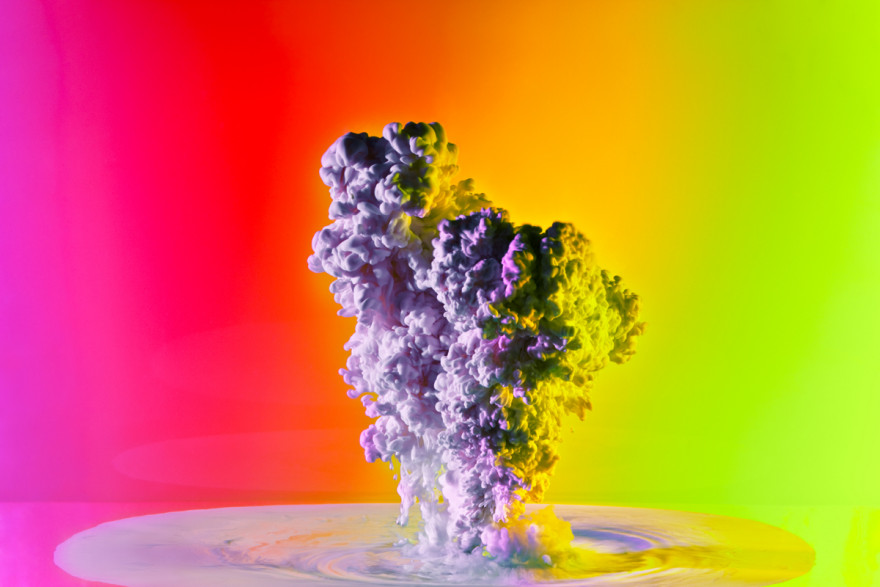 Despite—or perhaps because of—the horrifying nature of nuclear disaster, something of the sublime tends to emerge from out of the plumes and ashes. Creators have been trying to make sense of this ungodly power that we’ve wielded ever since the nuclear bomb was first invented, only to lay waste to its first unsuspecting target shortly thereafter. In fact, in the 70s, survivors of America’s 1945 attack on Nagasaki and Hiroshima took to creating art in mass about the horrors that befell them.

Of course, the atom bomb wasn’t the only nuclear disaster Japan has had to endure throughout the decades. Most recently, the 2011 Fukushima earthquake and power plant accident left thousands dead, injured, and ill. More than any other country, Japan intimately understands the unending horror of radiation exposure. Some even theorize that famous Japanese media and art like Godzilla is evidence of a nation still trying to grapple with the fear of city-wide apocalypse.

Artist Yoshimitsu Umekawa has joined the ranks, with a photo series he is calling “Incarnations.” Capturing beautiful plumes of smoke billowing into mushroom-like clouds, Umekawa communicates the simultaneous terror and grandeur of nuclear disaster. As Hi-Fructose magazine points out, Umekawa uses a similar process to photographer Kim Keever, “creating images inside of a fish tank and then coloring them digitally.”

“I am trying to convert some problems happening on a daily basis, including social problems that I feel in Japan,” Umekawa tells Hi-Fructose in an email. “The reason why I chose the series is because I feel strongly that my inspiration, based on my spiritual experience, sympathized with the ‘murky’ elements of Japan.”

The movement in each photo captures a duality: the smoke is fluid, while the negative space around it is stagnant and unmoving. The colorization adds a layer of the modern to the classic mushroom cloud images, communicating the ever-present threat nuclear power presents to the country.

But, as Umekawa says, despite the fact that these images call destruction to mind, meaning is still in the eye of the beholder. Each photo “has a character, good or evil, which may change.”