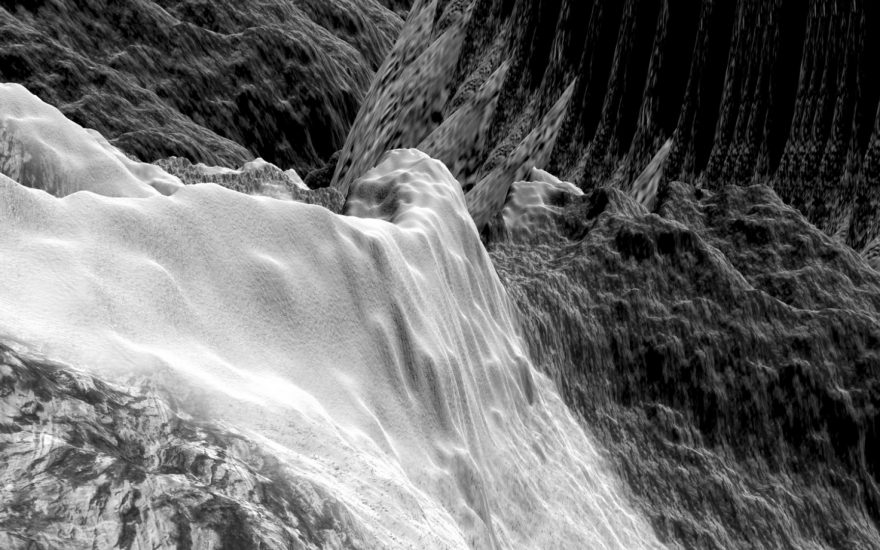 LA-based digital artist and photographer Carson Lynn is aware of the stigma behind the term “walking simulator.” It’s no coincidence that it’s the title of his latest project and also one of the most divisive terms in videogames. He knows that a lot of people shrug the walking simulator genre off as being games that are simply about walking—as if they were pointless, not even games at all. “I often get the same reaction when someone views my artwork since it’s abstract nature,” Lynn tells me. “Many people don’t want to stop and reflect and think about an artwork, they want it to be immediate and obvious. Artwork can’t be rushed through.”

As Lynn creates photography projects, his work is meant to be engaged with at a close level, especially as his aim is often to “visualize the unknowable and blur the line between reality and virtual reality.” Lynn wants his photos to be observed, but for them to also act as a conduit to deeper thoughts, to help the viewer to question the fidelity of the world around them. In “Obsessive Becoming” he dissects landscapes with his lens to explore their relationship with virtual reality, while “Nowhere Gaze” asks its viewer to see a series of terrain shots not as locations but as images that are open to interpretation and tampering.

“Walking Simulator,” which can be viewed in the gallery on Extramissive Eyes, follows the same path as those prior projects. The idea for it came to Lynn while he was on a trip in Alaska. “I had never been so far from civilization, and the locations I saw reminded me so much of some of my favorite games like Dear Esther and Eidolon,” Lynn says. That merging of mediums—photo and videogame—can be seen in Lynn’s images.

“the player can essentially ‘paint’ with the mountains”

Primarily they capture the cold and rugged textures of Alaska’s mountains, but the photos also add a border that implies an endlessness, as if the world were nothing but fallen snow and hard geology. “I was inspired by a particular glitch common in 3D videogames when there is no skybox present, the skybox turns into an ever-repeating pattern of what is visible,” Lynn tells me. “I utilized Photoshop’s Content Aware Fill tool to visually recreate this effect.”

But Lynn didn’t stop there with his crossover as, about halfway through the project, he starting playing around in Unity and realized that he could create an interactive version of the photos. The result is a game that you can currently download for Mac called Walking Simulator (a Windows version is being worked out). The idea of the game is to walk around and use your first-person view to affect the surroundings.

“I purposefully glitched the skybox and built the game around that concept,” Lynn tells me. “Because the sky is only made up of textures the player is looking or has looked at, the player can essentially ‘paint’ with the mountains to create something completely unique. The textures utilized are all original photos and the landscape is generated from topographic data from the same location where the photos were shot.”

He didn’t stop with the photos and the game either, as Lynn also created a mini album of ambient music, which is meant to serve as a soundscape for the project. The tracks amble along with the sound of diamonds and snowfall, realized through rippling synth music, hopefully inducing a meditative state where you can idly reflect as if alone on the Alaskan mountains.

You can find out more about Walking Simulator on its website. Download the game on itch.io. Listen to the album on Bandcamp.