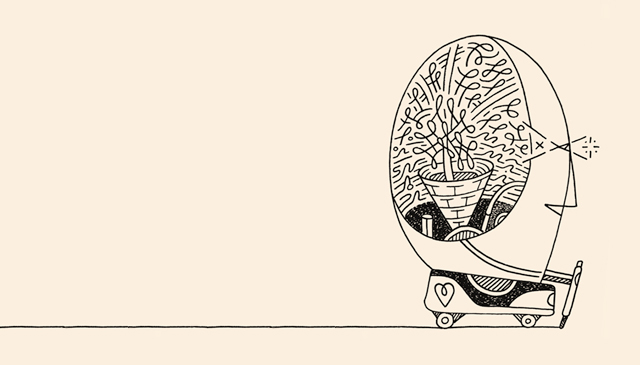 There are but a handful of city blocks on Planet Earth that offer the complete triumvirate of videogames, toys, and comic books. On a recent visit to my hometown of Portland, Ore., I happily stumbled upon one such triad of play. Not only is Floating World Comics a stone’s throw from the perfect retro arcade Ground Kontrol, it also houses Grass Hut Gallery, bringing together a refreshing set of Northwest zine and toy artists. I planned on browsing for 10 minutes and ended up dropping two hours and 50 bucks, a bulk of my time spent with the work of Canadian artist Luke Ramsey. His simple, handmade books have a clear sense of a visual conversation. I thought about artists or musicians who’ve said they prefer to let their work speak for itself, and wondered: What would an interview with Ramsey’s work look like?

Luke Ramsey’s thoughtful, often metaphysically charged drawings have appeared in his independent art zines; on giant, collaborative, outdoor murals; in more than a hundred gallery shows across Canada, the U.S., and Europe; and in the pages of The New York Times, Bitch, Wired, and many others. In 2006, with his wife, the artist Angela Conley, he cofounded Islands Fold, an online gallery, publisher, and artists’ residency on Pender Island, British Columbia. Greatly influenced by the late French comics artist Jean Giraud—especially by the work Giraud made under the pseudonym Mœbius—Ramsey’s work hums with a psychedelic glow. His expressive illustrations seem to call out for engagement with the reader, as though the subject matter, self-aware, wants more from its own existence on the page.

When Ramsey agreed to this interview, I suggested that he reply to my questions with a few sentences followed by sketches. “I was under the impression I’d be answering only with drawings,” he said. Following, then, is our discussion. 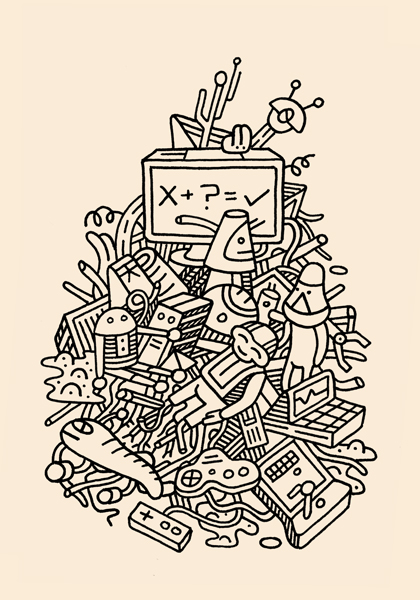 I clearly went far too broad. Allow me to rephrase: What are your thoughts about the value of the growing presence of videogames in our culture? 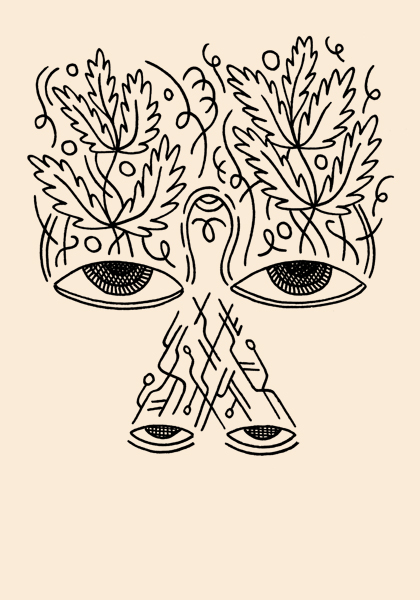 Do you have any interest in creating interactive zines? 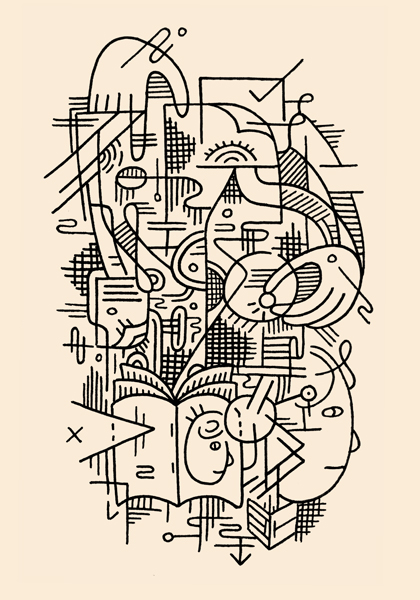 So, if all your zines and art are already interactive, why not make some stories for a touchscreen device, complete with buttons and animations? Would you disagree that this is clearly the direction that all media is currently headed? 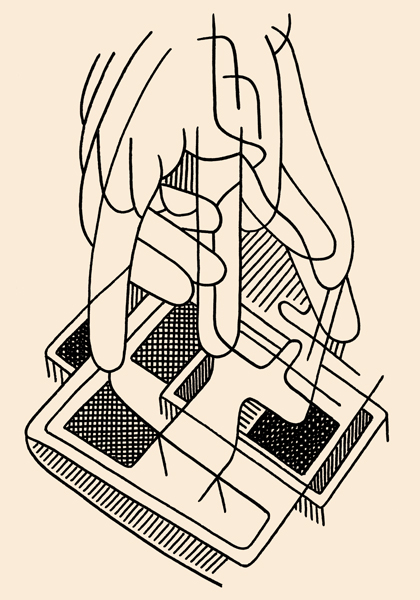 As you work on ideas, how much are you thinking about the great unknown? 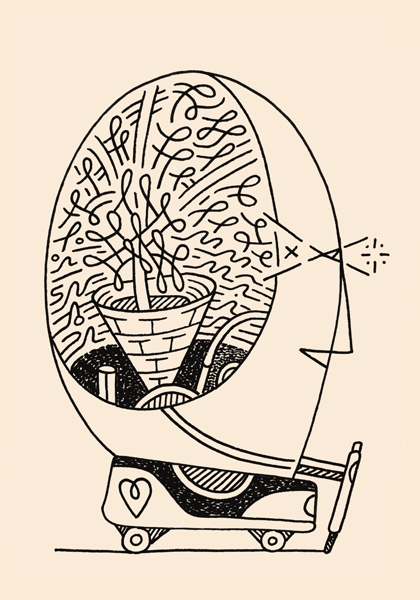 But, interpreting visible reality as a way of thinking of the unknown misses possible bridges to the invisible and the mystical, no? 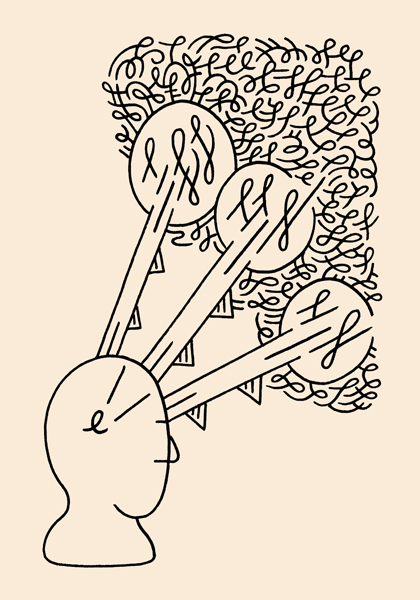 Many of your zines involve a spiritual quest. How’s your journey going? 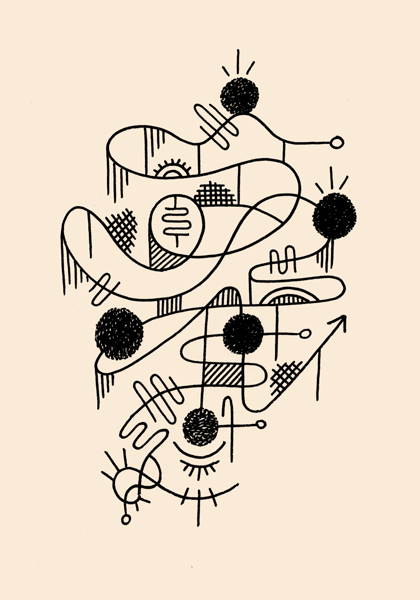 So, a bit like a rollercoaster in the mind with distinct moments, hills and valleys, moments of darkness and illumination, however meaningful, along the way? 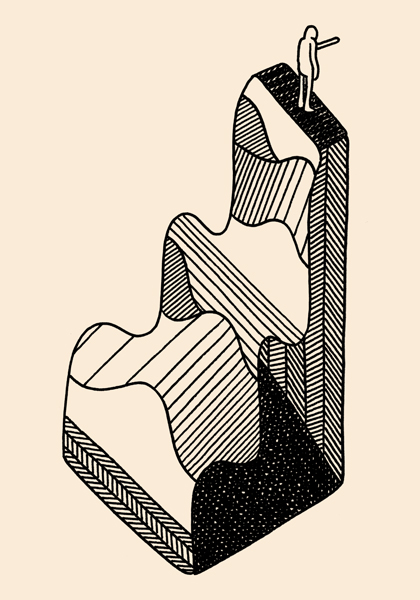 Luke Ramsey just finished a solo exhibition at Madrona Gallery in Victoria, BC, Canada. He’s working on a low-profile sci-fi illustrated story that’s been in the works for a few years, art for a stage backdrop for The Thing in the Spring fest, and whatever intriguing things come along.