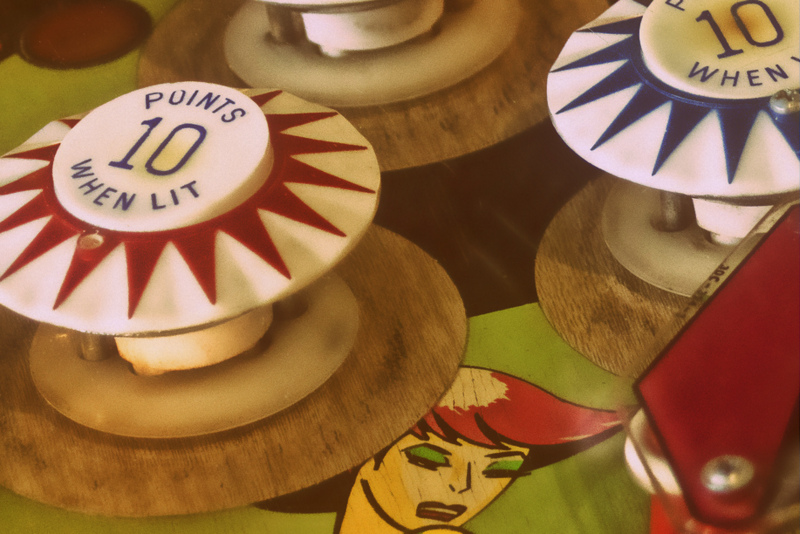 Hold onto your plunger: Pinball, that great equalizer and last refuge from the Golden Era of Arcades, is making a comeback. The folks of Professional and Amateur Pinball Association [PAPA] might argue it’s never left us: shoved into dark corners or unfairly ignored, perhaps, but never gone completely.

In fact, they’ve been hosting international competition at their Pittsburgh, PA headquarters for years. After the 2004 championships, the building was wiped out by a devastating flood. Every table: destroyed. Such was the drive to carry on their mission, the facility and collection of machines was entirely rebuilt in time for next year’s tournament. The silver ball earns the dedication of its keepers.

“Pinball is not necessarily a totally random thing, but is something you control.”

This week from April 11th to the 14th, PAPA will host the first of their two major annual tournaments. The Pinburgh 2013 Match-Play Championship brings in competitors worldwide; winners will take home over $60,000.  But they’ll have to earn it.

We reached out to Mark Steinman, manager of PAPA HQ, and Bowen Kerins, tournament director for the annual Pinburgh event. Each are also professional players able to compete against the world’s best. Kerins likens high-level pinball to a true sport. Physical dexterity, calm under pressure, a tenacious drive to compete and improve: All are required to etch your three initials in the top spot.

“Pinball is not necessarily a totally random thing, but is something you control,” explains Steinman. “Every time you drain in this game, it’s your fault.”

Here are five essential skills to improving your game. Learn them. Practice them. Dream them. Find the nearest table and bring plenty of coin. Then hitch a ride to Pittsburgh and prove yourself to the masters.

(Play and explanations by Bowen Kerins.)

“The drop catch is similar to a bunt in baseball, where the player deadens the momentum of the ball by pulling their bat back.  In pinball, this means dropping the flipper as the ball arrives.  If timed correctly, the ball will have no momentum as the flipper comes to rest, allowing the player to either trap the ball or shoot immediately with greater accuracy.”

“The live catch is the opposite of the drop catch.  Here, the player deadens the momentum of the ball by raising their flipper, and catching the ball at the very end of the flipper shot (sometimes called the “end of stroke”).  If timed correctly, the ball appears to stop dead magically, but it really is just timing and physics.  The timing on a live catch is much tighter than the timing on a drop catch.  This skill requires a great deal of practice and hand-eye coordination, and few pinball players can do it.”

“Players can nudge (shake) a pinball machine, risking a tilt if the machine is shaken too hard. The best time to shake the machine is when the ball is in the side lane area, where there is usually one lane back to the flippers (the inlane) and one to the drain (the outlane).  Side-to-side and forward nudging can push the ball back into play.  In the video, repeated side-to-side motion saved the ball from a sure outlane drain, even with a very tight tilt.”

“The death save is a nudging (shaking) maneuver that occurs after the ball has gone down a side outlane. While normally this would mean the end of a ball, the player can shake the game, causing the ball to move vertically upward off a plate (typically metal) at the base of the machine.  The player must move the machine up and to the right to push the ball back between the flippers into play.  This move, also called a ‘resurrection,’ is not legal in tournament play, and usually results in a tilt by shaking the machine too hard.”