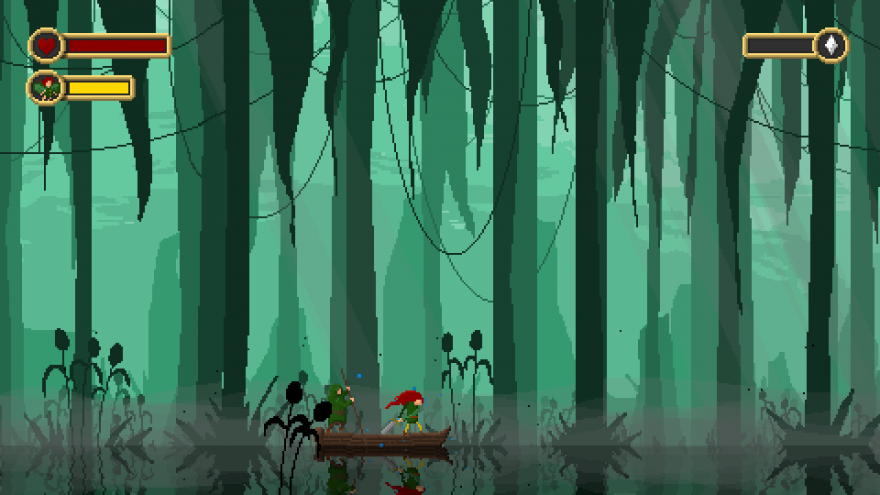 Mable & the Wood is a 2D exploration game about a young red-haired girl with the ability to transform into other creatures. The idea is to get her through the titular colorful woods. However, the more you use the girl’s powers, the more you take from the forest, slowly destroying it—regardless, it’s the only way to reach some areas, and it’s the only way to beat the enemies you meet.

The idea behind the game was born in April 2015, as it was made for the Ludum Dare game jam that month, which carried the theme “An Unconventional Weapon,” hence the shape-shifting. Now the team has expanded upon the idea and taken it to Kickstarter, where it’s currently going through its final hours it’s already reached its funding goal.

There’s an element to Mable & the Wood that definitely calls to mind fairy-tales and children’s folklore, but it’s the Hayao Miyazaki variety of moral ambiguity seen in many of his Studio Ghibli animated films that is the strongest influence. And this is intentional according to its creator Andrew Stewart. The game was inspired by the woods of the English Peak District near where Stewart grew up, but also on the works of the Japanese filmmaker, specifically Nausicaa of the Valley of the Wind (1984).

Miyazaki’s films have often portrayed a more nuanced portrait of morality than traditional children’s media. He has stated “the concept of portraying evil and then destroying it—I know this is considered mainstream, but I think it is rotten. The idea that whenever something evil happens someone particular can be blamed and punished for it, in life and in politics, is hopeless.” Characters in Miyazaki films are rarely portrayed as “Disney-villain-evil,” and this level of ambiguity is what Stewart hopes to attain.

“In a lot of magical stories, and particularly in videogames, there’s this strict conflict between good and evil,” Stewart says. “There’s good magic and then there’s black magic. That’s something I wanted to avoid in Mable—there’s just magic, and it can be used in a variety of different ways… so it’s down to the player to decide what their role has been in the story when they get to the end of it. I don’t want to tell them that they’re the hero or the villain.”

You can back Mable & the Wood on Kickstarter or play the demo on itch.io. The game has already been Greenlit for a Steam release.