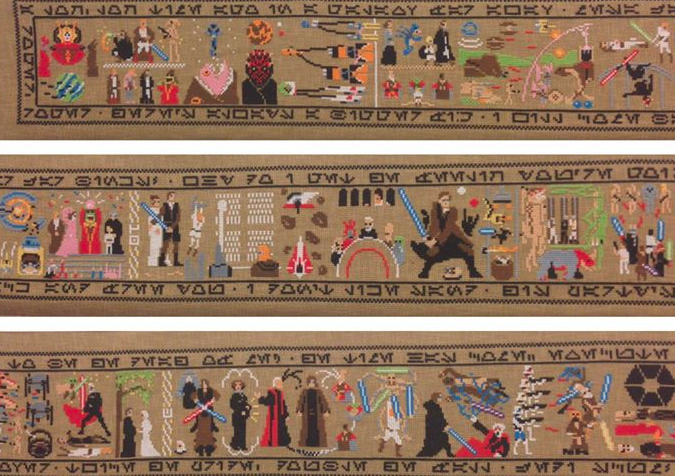 A really long, cross-stitched fabric that depicts the every major scene of Star Wars in chronological order from Episode 1 to Episode 6 is being sold for $20,000 at Gallery1988 (West) in Los Angeles. The centerpiece of pixel artist Aled Lewis’s first solo show hangs on the wall among rad prints of imaginary beat’em-ups from the late ’80s.

It’s the very definition of lowbrow, but the sheer ambition of this undertaking—and the fact that something like this exists at all—transcends ETSY and nerd culture. It is worth noting that a crazy Star Wars hieroglyphic language skirts the border of the cloth, preserving the tale of Yoda for future generations. Truly folk art for the consumerist era.