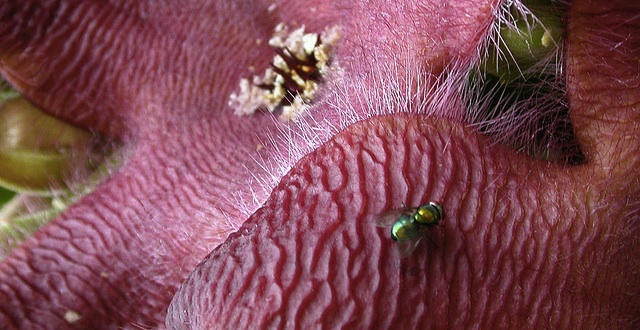 One of our favorite titles here at the office is PopCap’s Plants vs. Zombies. This is surprising to perhaps no one, given the game’s popularity and its availability on every platform in existence, but as a twist on the tower defense genre, it’s a paragon of the form. The gameplay is simple—you have plants and they have zombies. And by “they,” I mean the mindless horde that for some reason has descended upon your backyard. Employing a wide variety of talented flora, you fight them off wave by wave.

But during the course of the game I couldn’t help but think of real-life gardeners and whether they have to defend their gardens from rabbits or zombies or perhaps rabbit zombies. As it turns out, gardeners do employ strategic defenses to protect their prized petunias, and there are plants that have some surprisingly aggressive behaviors. In fact, some of the techniques are very similar to those we use in the game. I asked Molly Marquand, the horticulture editor at Wilder Quarterly and a coordinator of the plant conservation group at the New England Wild Flower Society’s Garden in the Woods, whether PvZ had any real-world resonance.

In PvZ, the Fume-shroom emits noxious sprays to keep the undead at bay. It’s a great complement to slower-growing plants that might be more vulnerable. Marquand suggested a look at one of the most common tools in a gardener’s arsenal, to see how plants work together in the garden: the marigold. The traditional flower for the Mexican “Day of the Dead” ceremony, the margiold’s scent was thought to attract souls and lead them to the underworld. Unfortunately, that’s not the case for rabbits. “It has a stinky smell,” Marquand says. “It’s not very attractive to any herbivore, but whether it works or not is up for debate.”

In the game, Tangle Kelp pulls those zombies swimming in your backyard pool down to their doom, never to enjoy the taste of brains again. Marquand says that one of the more unusual examples of plant aggression is the bladderwort, which employs an ingenious system to catch prey. Watch below.

“Orchids are so weird,” Marquand says. “A lot of them have evolved to look like their pollinators.” That’s much like the Imitater, which lets you clone any of the existing plants in your arsenal. The Fly Orchid uses a similar technique by recreating the pheromones of wasps who attempt to mate with it, but instead spread the orchid’s pollen:

When consumed in PvZ, the Hypno-shroom turns your zombie attacker into a zombie defender. Consider it a change from self-interest to self-destruction. Marquand says the beechdrops might be a good analogy. “They’re like plant zombies. Since they have no chlorophyll, they attach themselves directly to the roots and suck the energy out,” she says. Of course, they must be planted next to their host. 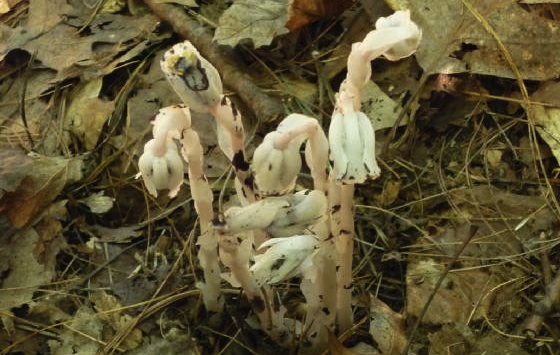 The Chomper is one of the largest plants in your PvZ toolbox, swallowing whole one zombie at a time. While the Venus Flytrap is an obvious inspiration, Marquand also points to the carrion flower, the largest flower in the world, as another possible reference. Titan Aram, as its known, also emits a strong, putrescent smell that attracts insects into its cavernous mouth, never to return: