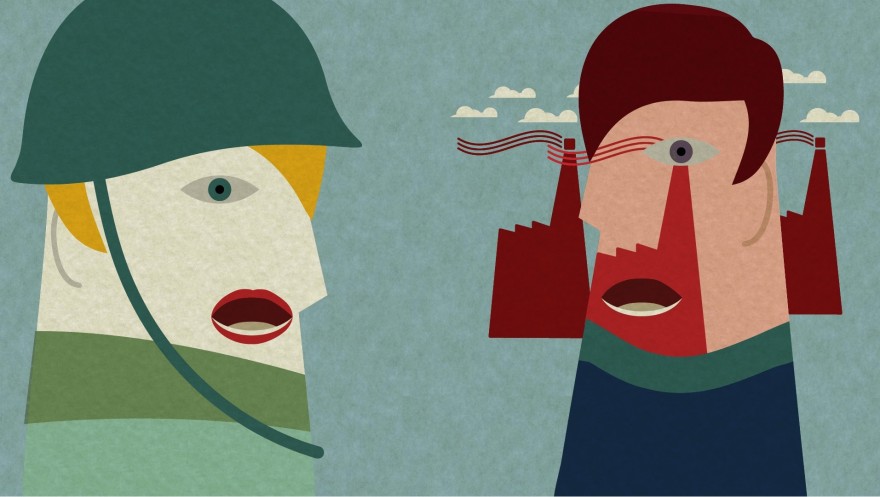 A fable is put together like a joke: the punchline—the clever inversion we expect at the end—is set up with a story, sometimes just a framework distilled into the simplest form of itself. The hare oversleeps and the tortoise wins, and while we may have details about the hare’s braggadocio, these animals lack names or histories or lives outside the fable. These things aren’t important for the punchy moment the ending gives us, or for the moral we get to keep afterwards. And the purity and simplicity of the fable are what allow it to permeate our culture so completely that a seemingly lethargic presidential candidate can hand out toy turtles and say, “Slow and steady,” and everyone knows what he means.

Venti Mesi (Twenty Months) is a new game from We Are Müesli that takes the form of a collection of twenty short (sometimes very short) stories that play out in the greater metropolitan area surrounding Milan as day-to-day life becomes more severe under fascism near the end of World War II. The length of the stories and their brisk pace make them easy to distill—the characters have names, but what remains with the player is “the one about the smuggler who, racked with guilt over the starvation in his community, kills himself” or “the one about the child who sees bombs and mistakes them for beautiful night-lights.”

The Holocaust, World War II, and the associated rise of fascism had such a profound effect on the international community that we’re still understanding and re-contextualizing it today. In the United States, this tends to lead to Hollywood films about Americans in conflict—Fury (2014), Unbroken (2014), The Monuments Men (2014)—it means Nazis on the History Channel 24/7, and it means opinion pieces that point out how Donald Trump’s rhetoric resembles Hitler’s. In Europe, and especially in France and Italy, the wider narrative becomes one about surviving fascist occupation, and the smaller stories that contribute to that narrative are visible on a daily basis: there’s a cemetery in the city, or houses that were bombed and never rebuilt, or a plaque that marks where the Jewish school was before the war.

too many terrible things happen too quickly

Louis Malle’s 1987 film Au revoir les enfants centers around the boarding school life of a young boy who stands in for Malle himself. He befriends a Jewish student protected by the priests who run the institution, and at the end of the film, the Nazis arrive and lead Père Jean away through a crowd of horrified schoolboys. The priest turns back to them and says “au revoir, les enfants” and his “until I see you again” as opposed to a definitive “goodbye” is perhaps a message of hope, even as this sanctuary has been penetrated by violent invading forces. The moment is powerful—it’s the moment you tell your friends about, it’s where the movie gets its title—but it’s part of a whole movie that describes the personalities, relationships, and experiences of the schoolboys. When those 45 seconds of film are taken out of context, they can easily become fable. The story can lose its personal power and become generalized. Aleida Assman writes in Cultural Memory and Western Civilization that “What for the writer is the most terrible experience becomes merely one episode among many for the reader. …[W]ords… draw a veil of generalization and trivialization over the unique and the profound…” It is different to watch Au revoir les enfants (and then Roma, Citta Aperta (1945), and then L’armée des ombres (1969), and then, and then…) than to have been Louis Malle in January of 1944.

For Venti Mesi, this means that even though the game tells me that these stories are pulled from real life, the way that every moment of them has to be so forceful and communicate so much trauma prevents them from feeling true or real—I’m introduced to too many characters to whom too many terrible things happen too quickly. In fable IX (which begins with one of the game’s beautifully-read voice-over epigraphs, this one on Gunfire) a woman looks at a pile of bodies, men murdered by the fascists, and hunts through a long list of the dead for her brother. After reading each name, she says “No… he’s not my brother… but it’s as if he were,” and when prompted with one name in particular, she says “If he was there, I’m sure my brother was too…”

Venti Mesi is part of a project celebrating April 25th, Italy’s Liberation Day in Sesto San Giovanni, a suburb of Milan that Wikipedia says was sometimes called the “Stalingrad of Italy” because of the local influence of the communist party and their resistance to fascism during WWII. It was nominated at the Emotional Games Awards for “Most Emotional Indie Game.” It was released in English on January 27th, Holocaust Rememberence Day, and it is available for free on Mac and PC over on itch.io.