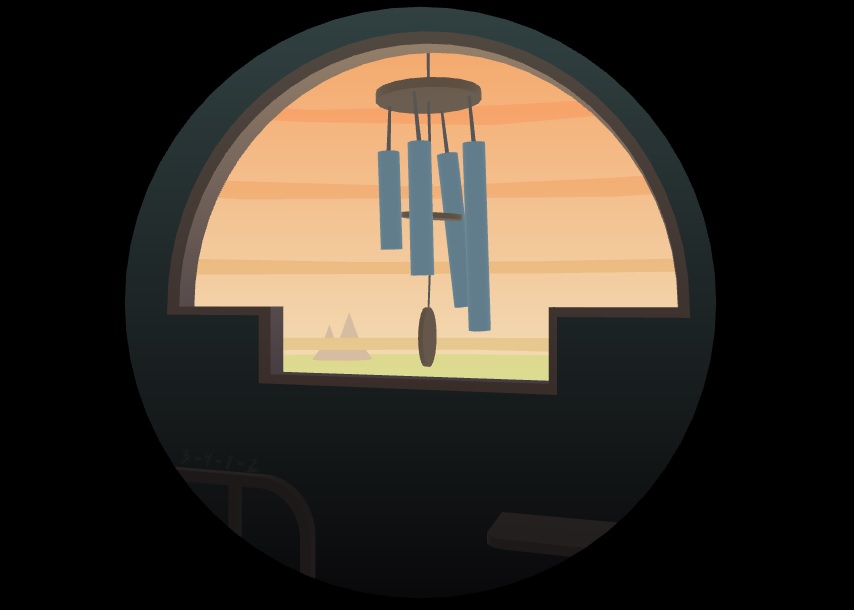 What do you call a group of artists? The obvious answer seems to be a collective of artists, as that’s how history has always referred to collaborations between two or more arty folk. But that hardly has the lingual delicacy of “a murder of crows,” or “an observance of hermits,” and “a pandemonium of parrots.”

Better options might include a palette of artists, or the one I’ve become fond of is a trinketship of artists. The word arrived on the back of the Trinketwave Shrine, which is a loose project contributed to by like-minded artists in the fields of videogames, drawing, poetry, and music.

If you ask organizer and participant Porpentine what Trinketwave Shrine is, she’ll say something like, “a collection of trinket-sized art by 9 delightful organisms! Each experienced anywhere from the time it takes to dissolve a hard candy in your mouth or the time it takes to break it between your teeth,” as I pulled from her Twitter feed.

They’re tiny, perhaps sweet-tasting, creations that explore notions of play, love, political hardship, orgasms, and slime. It’s an eclectic collection of words, images, and toys that you can interact with, listen to, or read in your browser.

Among these creations are signatures that have appeared on Kill Screen before, some of them a number of times. Ben Esposito is working on the Katamari-inspired Donut County, and had us bopping along to the weird playfulness of his “Pale Machine” music video; and for Trinketwave Shrine he has created Chime Shrine, in which you can brush your cursor across a wind chime as you would if toying with it with your fingers. It’s an interaction that connects you with the serene outside view seen through a small mushroom-shaped window: there’s a sense of longing, as if you desire to feel the wind against your skin, and use the wind chime as a phantom conduit to live out this wish while stuck inside a dingy and cramped interior.

spook the weird scuttling inhabitants with a gurgled boo

Then there’s Lilith, who we profiled previously, and whose games we described as operating “within a sort of dream architecture”—they’re all muddy low-resolution textures and dark dungeons inhabited by sullen personalities. Expect nothing different from Ghost Tower, her entry in Trinketwave Shrine, which has you spook the weird scuttling inhabitants with a gurgled boo as you swoop through the tower’s residential spaces.

You’ll also find a game by dreamfeel called Yerevan, Texas, who previously made the lo-fi tale of love and abuse, Curtain. Inside, you can float around Donny’s Discount Dungeon, knocking over stacks of records while ’70s Turkish protest rock plays over the top. You can read further into this, as text snippets routinely appear on screen to tell of the struggles of living in the political unrest of .

Check out Trinkwave Shrine on its Tumblr page.