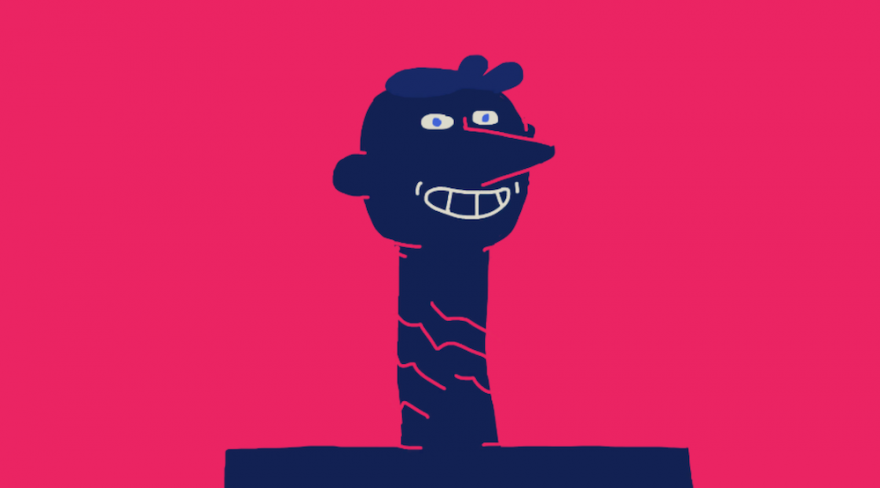 English is a curious language. It’s deceptively easy to pick up, oversimplified and left bare by our lack of gendered nouns and relatively easy cases, but as anyone with a different mother tongue will tell you, mastering it is incredibly hard. It’s a carefree language that pays little heed to convention or regulation, preferring to wander and expound and run-on and twist itself in knots, all while remaining within the bounds of “correct” grammatical structure. We constantly ignore our standard sounds while stealing words from other languages and mangling theirs, too. And if that wasn’t enough, if the transgressions made by the English language against common sense were somehow lacking, we have some wild idioms. As do many languages, of course, and once integrated into regular speech they become conventional, but for some reason we talk about cats all the time.

in celebration of the bizarre, senseless English language

In celebration of the bizarre, senseless English language, designer Tim Garbos and animator Veronica Jelinek have created It Ain’t Over Till The Fat Lady Sings, an interactive animation currently up on itch.io. With bright pinks and blues, Fat Lady translates all our little idiosyncrasies quite literally, whether it be extending an umbrella to fend away the rain of cats and dogs or rolling the credits with the titular character’s loud opera in the background.

Sound effects reinforce the chunky animation—“catch her eye” contains some disconcerting squelching—and the whole thing has a wonderfully complete feel to it. The experience is only a few minutes long, illustrating six different idioms with simple mechanics, but games are ripe for this kind of bold aesthetic: Jenny Jiao Hsia’s Wobble Yoga and Morning Makeup Madness are two such instances. You could easily see this as a longer game, or perhaps an animated film.


Fat Lady is a clever mix of wordplay with real play, and a wonderful experiment with what games can do. Many people focus so strongly on vast gameplay and narrative that the act of singular, simple interaction goes unnoticed. If “walking simulators” have to defend their game-hood than the act of clicking a cloud inside a teacup is surely also an offense; but if we expand our definition to include pieces of art with limited interactivity, games get a whole lot more interesting. Fat Lady takes a simple premise—English is weird, and that’s funny—and brings it to life. No flourishes necessary.

Play It Ain’t Over Till The Fat Lady Sings on itch.io.