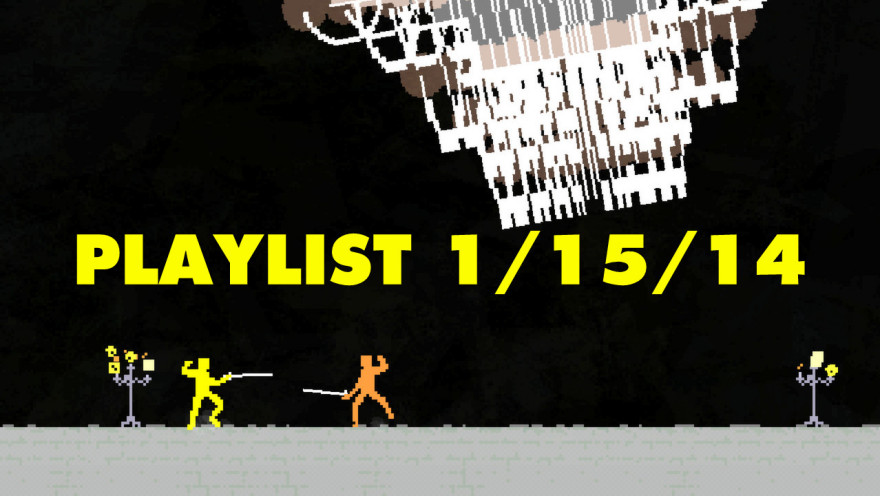 Sword-fighting in games often lacks the finesse of two skilled fencers crossing rapier and épée. Nidhogg gets the best of the both worlds, letting you choose between reclaiming the art of the duel or just throwing your sword at your opponent and going in dive-kicking. Combining the swordplay with race-to-the-edge platforming makes for tense matches in which the winner gains not immortal victory but the honor of being eaten by a giant flying worm.

Playtime: A couple frantic minutes at a time

By now you know what to expect from Joe Danger: a goofy Elvis impersonator somersaulting his hog down a bike track governed by a friendly mole but riddled with buzzsaws. But you do not know what to expect from infinity, nor do any of us, really, as it’s a distant, immeasurable concept we’ll never fully arrive at. But if the early going of Joe Danger Infinity is any indication, it has something to do with infinite gumball machine prizes, levitating coins, and epic Evel Kenievel crashes. That’s how I want to spend forever.

Perfect for: That feeling of being constantly rewarded (until you’re not), duck trucks, those who like the idea of dirt biking in theory

Playtime: A good year’s worth of distraction

You would think that any game made in the span of a weekend would be reasonably easy, but not Titan Souls. You face each of the four bosses as a small, pixelated boy who wields a bow with only one arrow. Each time you stop to shoot you’ve got to hustle and pick it up before the boss takes another swing at you. Prepare to see that adorable little boy keel over many, many times, in other words. When all hope is lost, you can take heart in the lovingly animated pixels and stark, moody music.

Perfect for: Dark Souls and Shadow of the Colossus de-makers, archers, kids with grudges against giant rocks

Playtime: A couple hours, depending on how hard despair hits you