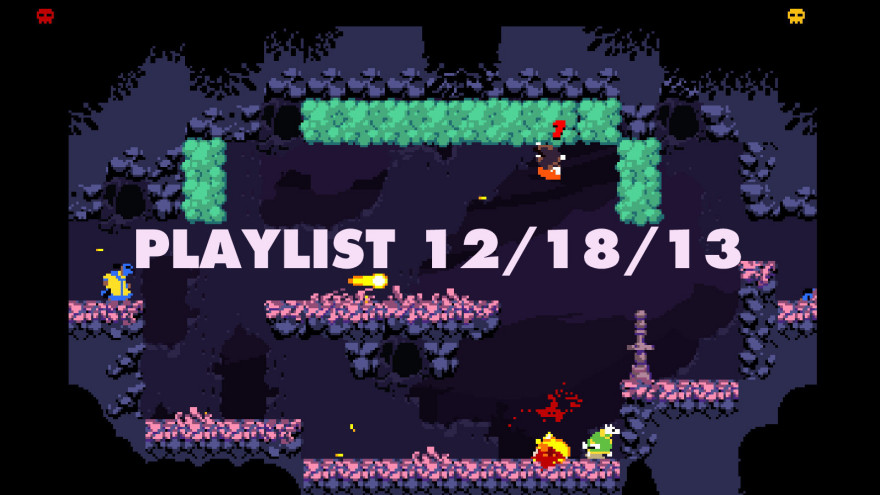 If you’ve ever said to yourself, “Samurai would be way better if they had guns,” then, boy, have we got a game for you. The action is fast, a little frantic, and, as befits a game involving a bunch of samurai wielding guns, any move could be your last. But there’s the rub, too: each death is greeted with a stylized freeze frame and a generous spray of pixelized blood. It’s all so ostentatiously good-looking that it sets a new meaning for “party game.”

Playtime: A few quick, frantic lives, then however long the wait is until your next turn

You may be slightly disappointed to hear that this 3D puzzler isn’t the highly anticipated sequel to Tommy Wiseau’s low art masterpiece. Any disappointment will wane once you start solving puzzles in the haunting, immersive environment, and you remember that this is, instead, the highly anticipated sequel to Fireproof Games’ lovely, abstruse release from 2012. An elegant interface creates a sort of tactility as you try, maddeningly, to unlock the game’s intricate 3D objects.

Playing The Novelist is a bit like sleeping in a bed with an open window on one side, a heater on the other, and a dog asleep at the foot. It’s comfortably domestic, but complicated by tiny adjustments to find the right balance between three elements. Do you want John to play with his son, attend a gallery opening with his wife, or keep working on his novel? No wrong, no right, no judgement, just cause and effect. Mature stuff, right? Oh, also you play a ghost. So there’s that.

Perfect for: Those building a family themselves, people who enjoy(ed) reading their siblings’ diaries, voyeurs

Playtime: 3 – 5 hours, which is no time at all to an immortal meddling house ghost